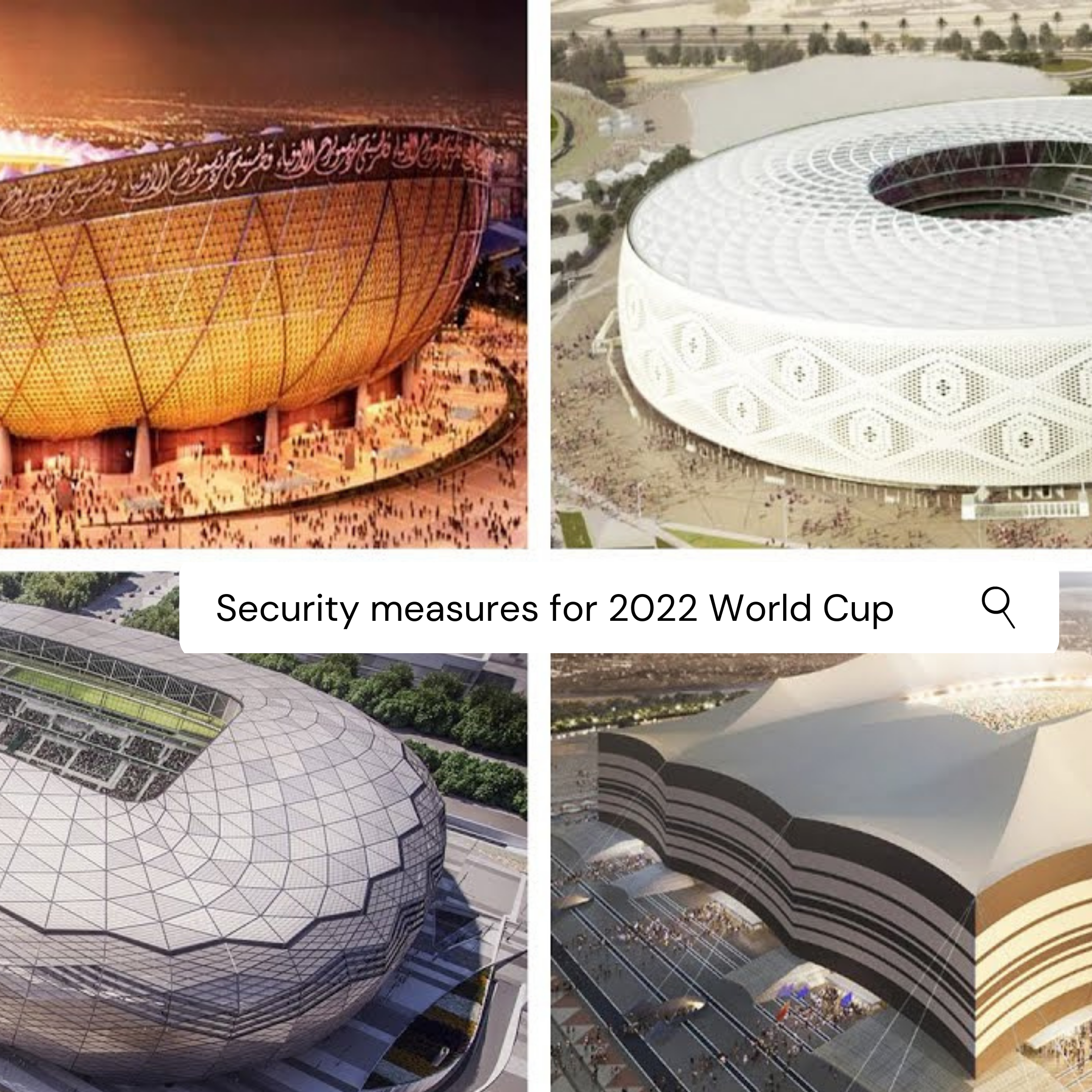 Qatar looks primed and ready to host the upcoming FIFA World Cup in 2022 and will become the first Middle Eastern country to host the world’s biggest sporting tournament. The World Cup always draws in big crowds, which makes the subject of security particularly relevant. The Middle East has previously been chastised for its poor uptake of technology and security, but Qatar is hoping to change that with the upcoming World Cup. With a society that is keen to adopt technological innovation, Qatar looks ready to transition into a more digitally inclined age – which is great news for security during the Qatar 2022 World Cup.

This article is going to look at the security measures and technologies that Qatar will be implementing for the upcoming FIFA world cup, and compare it to previous hosts.

As the world’s largest sporting event, it is no surprise that host countries fall foul of various cyberattacks. With the huge sums of money and traffic that go in and out of Qatar during the World Cup, they will need to be prepared to defend against all types of cybercrime.

Russia was the last World Cup host and they claim to have dealt with over 25 million different cyberattacks during the tournament. Whether it is malware, phishing, or other online scams, cybercrime became an ever-present threat during the Russian World Cup in 2018.

Qatar looks to learn from Russia’s previous mistakes by implementing numerous countermeasures to defend against cybercrime during the 2022 World Cup. The biggest announcement for Qatar was Project Stadia, an initiative designed to help Interpol member countries effectively collaborate and execute security preparations during major sports events.

The project covers key areas such as physical security and cyber security and brings global experts together to discuss methods of security. Project Stadia is designed to work across borders and help other countries, such as the UK, to co-operate with cybersecurity efforts.

During the World Cup in Russia, the Government installed a number of policies to crack down on antisocial and disorderly behavior. From enforcing a heavy police presence across the major football fan locations to restricting the sale and consumption of alcohol, it was clear that Russia intended to take an aggressive approach to on-site security.

Qatar intends to use a more subtle approach to security during their World Cup in 2022, using technology to assess threats before they become a problem. From facial recognition scanners to CCTV surveillance, Qatar officials are looking to keep an eye on events from afar rather than through an aggressive presence.

The Tala2 Project is the pinnacle of Qatar’s security and surveillance efforts for the World Cup. Tala2 creates an all-in-one surveillance platform for all of the CCTV cameras in the region. Moreover, it includes functions such as night-vision and solar panels to make for a more efficient surveillance system.

The upcoming World Cup in 2022 promises to be a safe, secure, and memorable experience for fans and Qatari’s alike. It is clear that the Government has taken positive steps to ensure the safety and security of everyone attending the tournament by using technology to improve on the efforts of previous host countries.