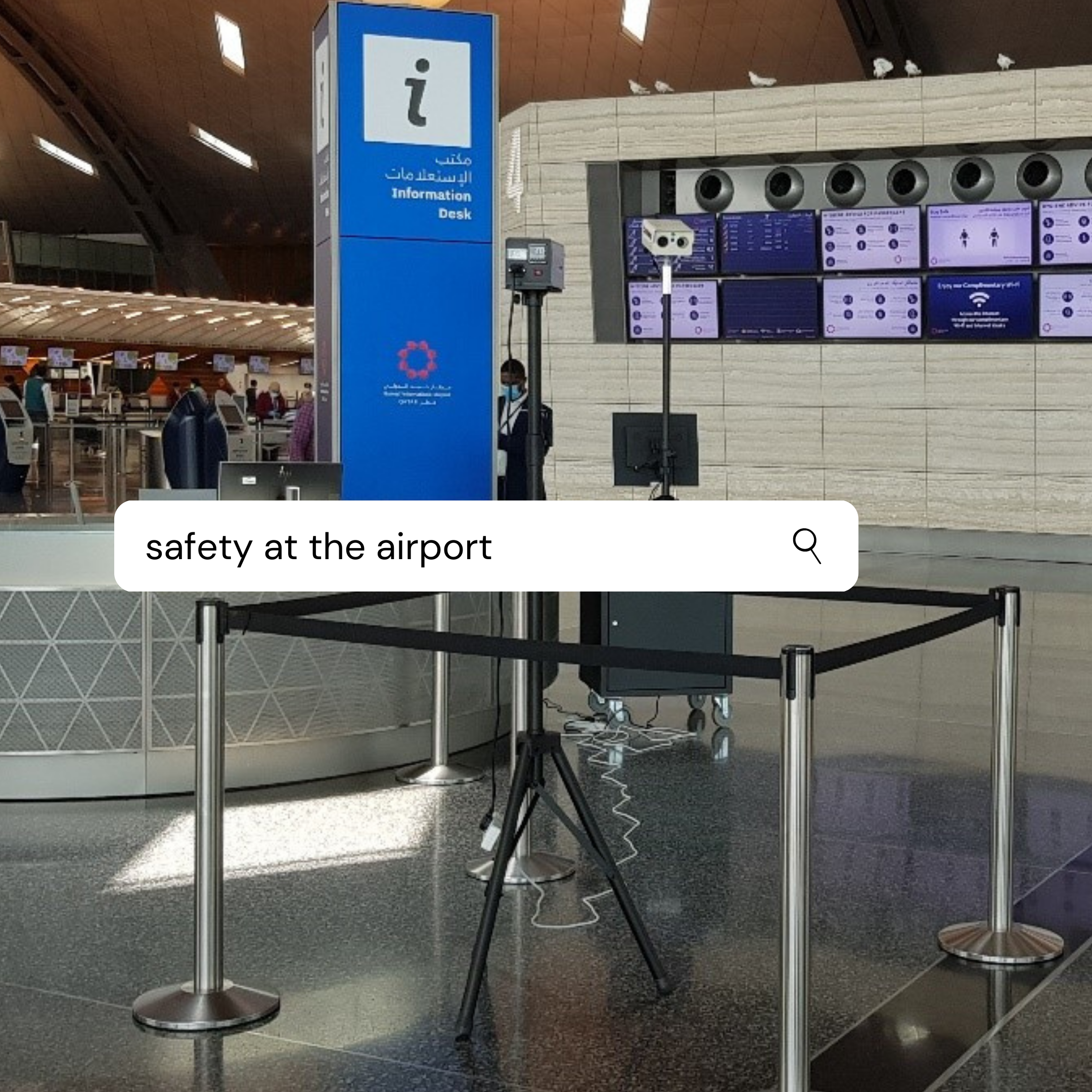 What is vital for safety at the airport?

Airports are notoriously busy spaces, with billions of people from all over the world traveling through these hubs each year. The frenetic, busy nature of airports raises a lot of challenges in terms of traveler safety and security. So, what is vital for safety at the airport?

We’re going to take a look at some of the precautionary measures that airports put in place to ensure utmost safety and security on-site.

Radars have been used since World War 2 as a means to identify aircraft and provide a full picture of the surrounding skies. A surveillance radar is a vital aspect of airport safety as it allows air traffic controllers to accurately detect the location of planes in the sky. This can help with providing directions to pilots, as well as assessing potential threats and unauthorised flights.

As air traffic began to expand over the years, there was a need to expand the radar system further. Secondary surveillance radar is also a common feature in air traffic control, as it allows for a much more precise reading. Generally, this type of system works best within a 60-mile radius of the radar site and can provide rapid identification of aircraft in distress.

Drones have grown to become a genuine threat to airport safety, as the general public can cause major disruptions for the flight path of aeroplanes. There is a legitimate risk of mid-air collisions as a result of drones flying through their airspace, but these little drones also pose a threat to communications.

By operating through specific radio frequencies, drones can jam cockpit communications, leaving the pilot powerless to control the plane which could result in a catastrophic crash.

Drone detection systems come in a few different iterations, but ultimately their purpose is the same – to detect errant drones to quickly identify the threat of unwanted drones within the airspace of an airport.

The following are three common methods of drone detection at airports:

Security within the airport

One of the most comprehensive ways that airports are kept safe is through their own security procedures. These have advanced a great deal over the years, allowing for a safer environment for travellers and staff.

X-ray machines have been employed at airports as a way to inspect baggage without having to open them up. This innovative security procedure scans luggage that passes through an x-ray machine, where a member of staff will check the real-time images and inspect for anything nefarious.

One of the more recent security developments for airports was the implementation of full-body scanners. These hefty machines have passengers stand in place while their body is scanned through a machine. This is designed to pick up any smuggled contraband including explosives, weaponry and drugs.

Staying safe at the airport

There are a lot of measures that you can take to stay safe at the airport, and a lot of them are relatively easy to follow and common sense in most cases. Airports put an incredible amount of effort into ensuring our safety, with innovative technology safeguarding us against some truly horrific threats. So next time you go to an airport, consider all of the vital aspects that go into making it as safe as possible.