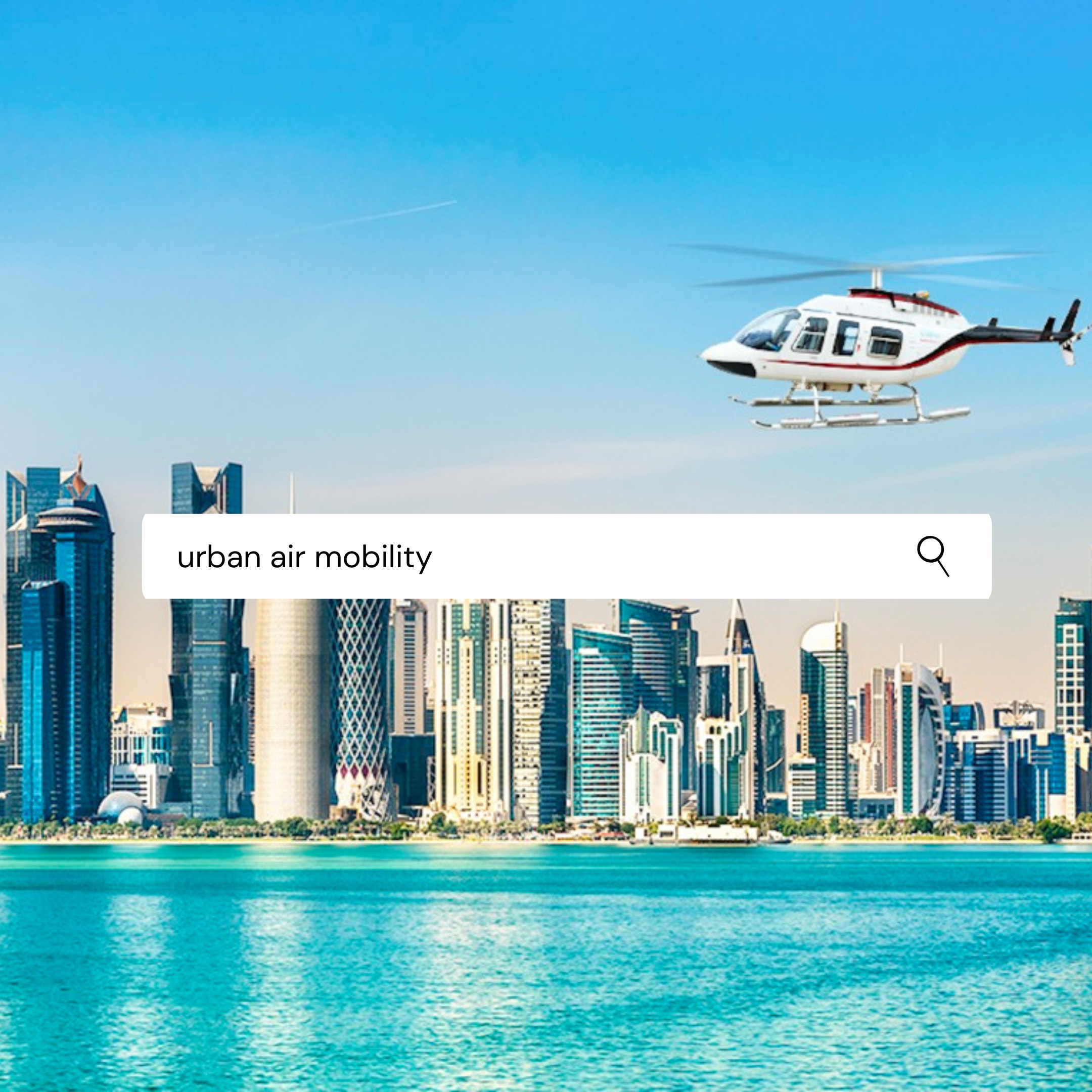 What is urban air mobility?

The world of aeronautics has seen many gradual improvements and iterations over the past few decades, but urban air mobility might be the first to completely change the face of the industry. The urban air mobility industry has been a tantalising prospect for a few years now, but it’s still got a number of big questions that surround its adoption. In this article, we’re going to learn about what urban air mobility is, the benefits it provides and some of the challenges it faces.

What is urban air mobility?

Urban air mobility is a type of transportation that uses small, automated aircraft designed to carry either passengers or cargo. It typically uses lower altitudes for flight to make urban and suburban travel more accessible, which is helpful because it’s a technology that looks to target issues with traffic congestion.

Urban air mobility relies on specialised aircraft known as Vertical Take-off and Landing (VTOL) vehicles, which exist in the development and is expected for public release over the next three to five years. There’s still a lot of uncertainty about VTOLs being used in urban air mobility, such as legal issues and regulations within an emerging industry. Other challenges, such as environmental concerns or air traffic management, also bring into doubt the timeline for VTOL release.

What are the benefits of urban air mobility?

The biggest benefit of urban air mobility is that it answers many of the questions raised about solving the problem of infrastructure in larger cities. Urban congestion and rush hour traffic are horribly inefficient ways to move around a city, which is a problem that will keep growing alongside big cities. Urban air mobility and the use of VTOLs addresses this by taking urban transportation to the skies.

It’s also an efficient method of transportation, as there isn’t any need for a runway with vertical take-offs and landings. It also lowers our reliance on other forms of transportation like cars. It’s even a viable option for cargo deliveries and providing point-to-point transportation for the general public.

What are the challenges of urban air mobility?

Although it all sounds like great stuff, effectively rolling out urban air mobility across cities has a few major concerns that slow down their implementation. There’s a lot of regulation that goes into any form of aviation, so things like airspace management are an issue that needs to be discussed. One potential solution to this is unmanned traffic management systems, which work alongside air traffic control to handle VTOL traffic management. This is still early technology though, so it’s not ready for use as of yet.

The other challenge that urban air mobility must overcome is the certification and regulation of the new industry. Current systems in place for aviation regulation are designed for helicopters and aeroplanes, not VTOL aircraft. As of now, regulators are struggling with the very real prospect of legislating unmanned aerial vehicles, so the addition of VTOLs is another layer of complexity that may slow things down.