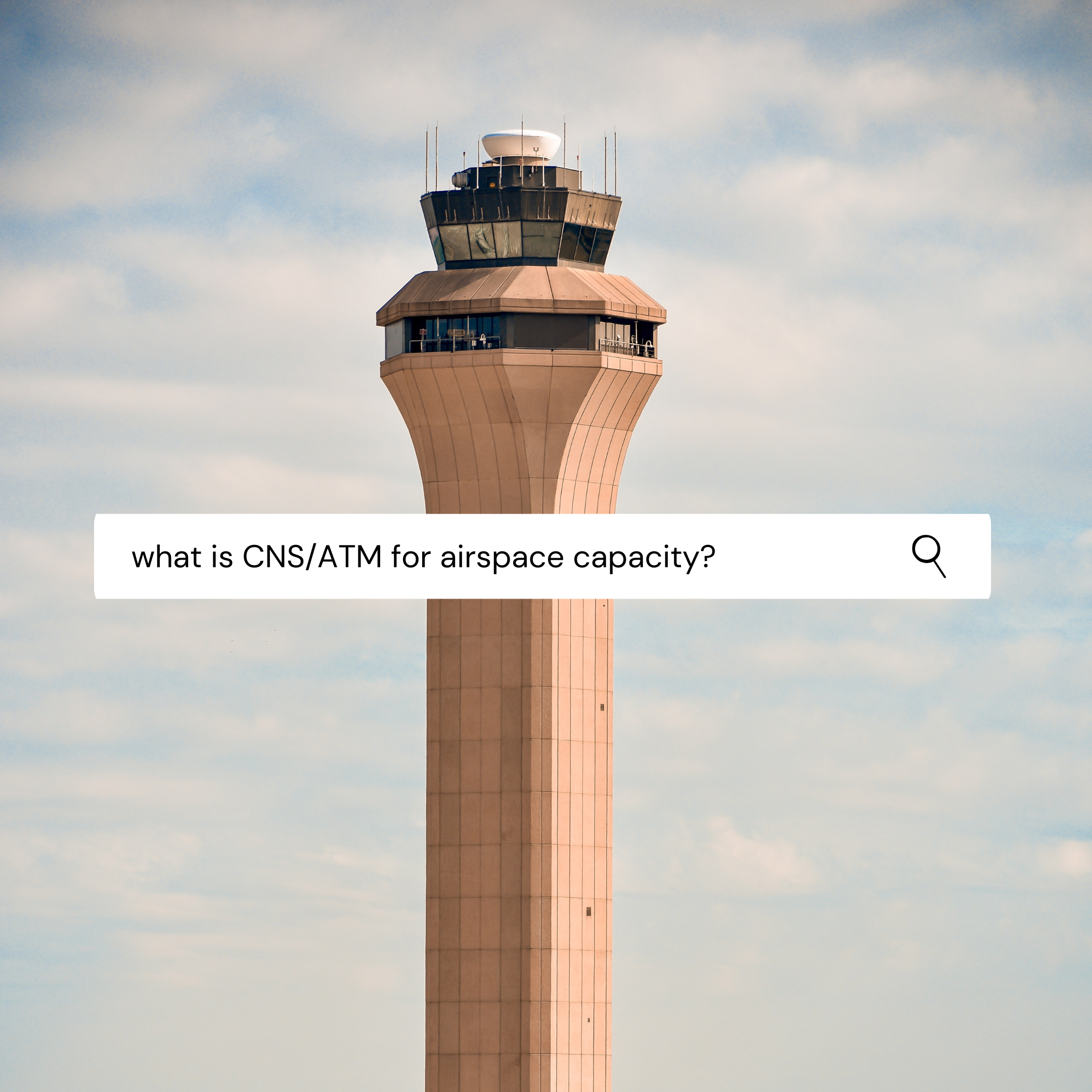 What is CNS/ATM for airspace capacity?

Traditionally, VHF radio communication has been the main medium for air-to-ground communications, however, it remains a time-consuming method of transmitting information. VHF communication reduces the number of aircraft an air traffic controller can work with and, if the controller is workload saturated, the capacity of the airspace which they are controlling is reduced.

Controller Pilot Data Link Communications (CPDLC) is a means of reducing radio communication by the satellite transmission of written, non-time critical, strategic messages such as climb/descend clearances, vectoring and transfers to new airspace control amongst other ATC clearances. This reduction in verbal communication vastly increases the capacity of traffic flow through a sector of airspace.

Satellite Navigation has improved the accuracy and precision of aircraft in flight. Prior to the advances in satellite navigation, aircraft would navigate between ground stations – namely VORs (VHF Omnidirectional Range stations) and NDBs (non-directional beacons) – with the corridors between each station becoming known as Airways. Precision navigation outside of these point-to-point routes could not be guaranteed.

Global Navigation Satellite Systems (GNSS) such as GPS have allowed for increased integrity, reliability and accuracy of navigation in not just 3, but 4 dimensions – the fourth being time, accurately forecasting aircraft flight path trajectory. Such systems enable aircraft to follow any flight path between two points in space without the need for ground navigation aids. This method is known as area navigation or RNAV.

Many countries globally now mandate a performance-based navigation (PBN) specification for aircraft operating under IFR (instrument flight rules) through their airspace. This specification prescribes the minimum requirement in terms of integrity and accuracy that an aircraft must maintain through controlled airspace. This more accurate and predictable order of navigation allows air traffic controllers to better manage and maximize air traffic flow. Certain airspaces may also mandate Required Navigation Performance (RNP) – this specification represents the same precision and accuracy as RNAV but requires on-board navigation performance monitoring and alerting systems to highlight any loss of integrity.

Aircraft fitted with Automatic Dependent Surveillance-Broadcast (ADS-B) equipment are able to be tracked by satellites. This location data is relayed to air traffic control and allows controllers to accurately determine the aircraft’s position. This is advantageous because previously an aircraft’s position could only be identified by the use of secondary surveillance radar (SSR) – an expensive and high-power demanding ground-based system with limited range. ADS-B position fixes reduce the need for verbal position reports over the radio and allow controllers to apply minimum separation between aircraft with more certainty, allowing for better utilization of their airspace.

Air traffic management of the future

The pre-eminence of satellites has heralded a new era in how air traffic is managed, allowing the reduction of controller workload, increasing traffic flow and optimizing airspace to be achieved.