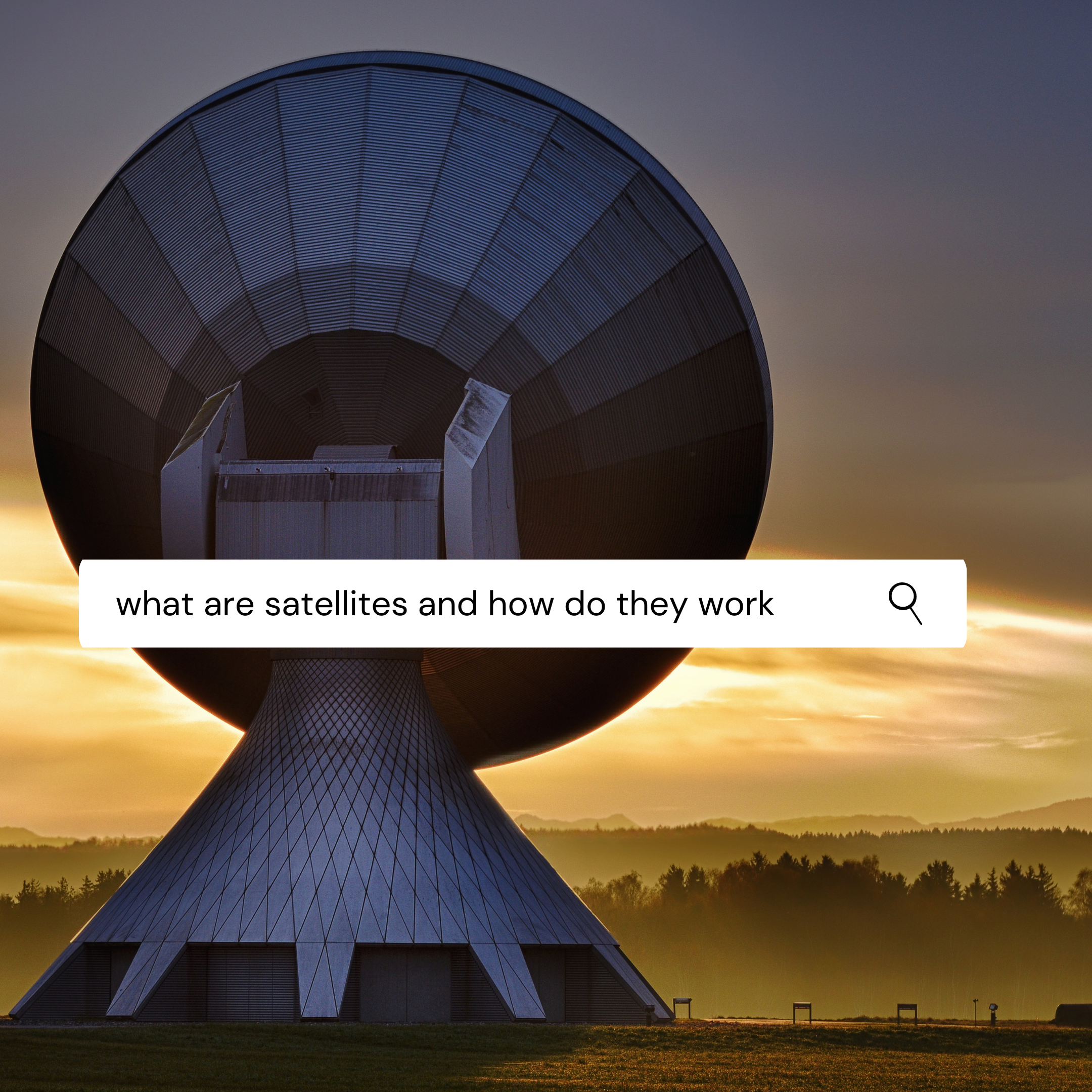 What are satellites and how do they work?

Satellites play a massive role in global telecommunications, with thousands in orbit at any one time. If the planet’s satellites were to suddenly fail, then everything from televisions to military operations to phone calls and air traffic controls would be left adrift, with immense global consequences. Satellites are responsible for a lot of what we take for granted as the convenience of modern life – so it is important to know how it helps us, as well as the aviation industry.

Telecommunications satellites are almost always in geostationary orbit around the Earth – which means they match the planet’s rotation, with zero deviation, 22,236 miles above the equator. With this, ground antennas can simply stay pointing towards the same spot in the sky to receive information from a satellite, and do not need to constantly reposition themselves. Solar is the main power source for satellites, with backup batteries for when this is not possible.

The satellite’s casing has to be durable enough to survive a space launch and the subsequent barrage of extreme temperature and radiation; the conditions alongside constant technological changes usually limit their lifespan to 20 years. Using an integrated transponder, an orbital satellite is able to receive Earth-based signals, and transmit them back to Earth via a communication channel. There’s minor latency for geostationary signals, which is why mobile companies often favour low Earth orbit satellites.

The I-6 F1 Satellite

One particularly noteworthy and newsworthy communication satellite is the I-6 F1 by Inmarsat, which launched into a geostationary orbit in December. This is part of their sixth generation of satellites and is arguably the largest commercial telecom satellite with a total weight of 5,470 kilograms, including the fuel. This is a hybrid model that encompasses both Ka-band and L-band frequencies, a feat it accomplishes by using twice as much power than the company’s previous ventures.

The satellite can carry more data in the same bandwidth while embracing a wider communication spectrum; this is a significant reason for the satellite’s publicity. The company intends to use this satellite to assist both the marine and aviation industries for the next few decades, and aviation, in particular, uses satellites to do an incredible range of tasks. By 2024, six more high capacity satellites from various companies will be in orbit – this suggests an immense telecommunications innovation is underway, one that can benefit us all.

Satellites can be of great assistance to air traffic controllers – planes that have to cross oceans will have to exit radar range sooner or later, and satellite is a prime way to track the aircraft once this happens. Satellites give controllers the capacity to track a plane in real-time with Automatic Dependent Surveillance-Broadcast (ADS-B) receivers that give the position, altitude, speed, and intent of flights. This also lets air traffic controllers correct faulty courses with precision and speed; satellite technology is invaluable to the aviation industry.

At Bayanat Engineering Qatar, we employ modern and advanced solutions to help every part of your airport, from air traffic control to checking the weather, to clear signage. To learn more about the work we do and how we can help your airport go to our publications for more info or get in touch today!