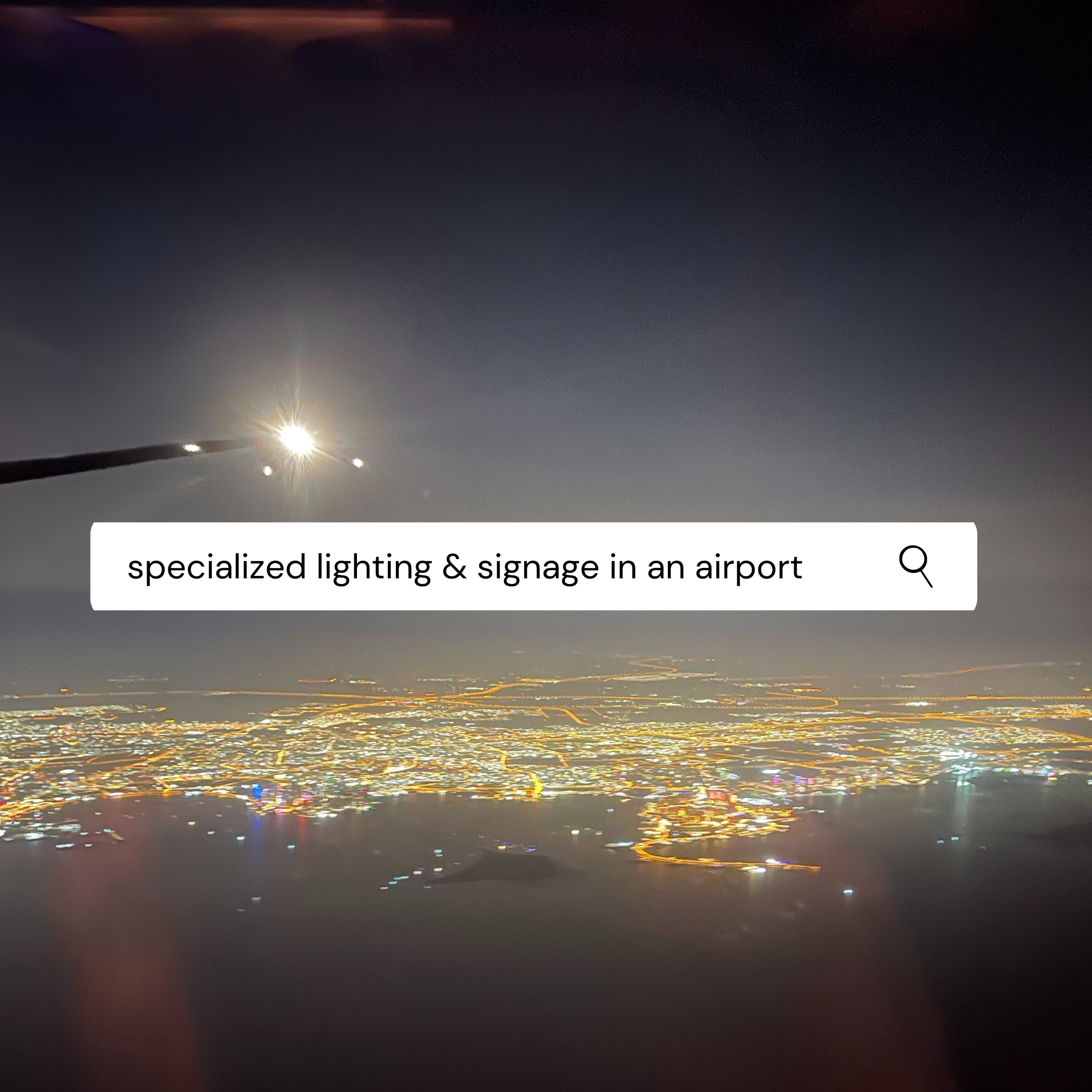 Types of specialised lighting and signage in an airport

Airports, like any other enterprise, should continually aim to be as efficient as possible in their operations. The greater the number of passengers you can handle each hour, as well as the greater the number of consumers your facilities can service, the greater the amount of income you will create. Making certain that you have the appropriate lighting and signs in place is critical to maximising productivity in the airport. Read on to learn about the different types of lighting and signage at airports today.

When nearing the runway, a pilot has to be directed to the precise location of the runway. The approach lighting system is a set of strobe lights that line the corridor. The places where passengers enter and exit planes, as well as the locations where planes are parked upon landing, are clearly designated by apron floodlights in the centre of the airport. Not only do they contribute to the general security of the zone, but they also ensure that people and cargo are properly illuminated throughout the drop-off or pick-up process.

Aside from the normal taxiways, heliports, or designated sites for the take-off and arrival of helicopters, may be found on airport grounds. These are also equipped with a specialised lighting system.  The aircraft taxiway and the heliport might be found in close proximity to one another at times. As a result, in order to prevent confusion between the two, the heliport is bordered by yellow lights.

Outside of the airfields, specialised illumination is used in the same way as inside. You may have seen bright red lights on the roofs, as well as other skyscrapers and towering structures when flying over the city during your night flights. It is extremely important to designate elevated buildings with these lights in order to prevent any mishaps and to clearly show their precise location to passing aircraft while flying in gloomy or low-light situations.

The Federal Aviation Administration requires that the structures that extend more than 200 feet above ground be identified with paint or lighting, according to its regulations.

White lines represent the boundaries of roadways. Aircraft routes, on the other hand, are commonly marked in yellow. It is necessary to distinguish between various kinds of surfaces or routes by using these yellow line marks. A dashed line divides two tracks that are meant for airplanes but are either different routes or are not routinely crossed by other modes of transportation.

Instrument landing system (ILS) markers are similar in appearance to ladders and are used to designate critical ILS regions that should not be accessed. A solid yellow line is often used to mark the centre of a taxiway’s travel path.

As a specialist in the sector, Bayanat Engineering Qatar has provided high-quality special-purpose lighting for airstrips and heliports, guiding signs and obstacle and beacon illumination systems in a number of big international airports. So, make sure to contact our expert team for more on specialised lighting and signage at airports today.