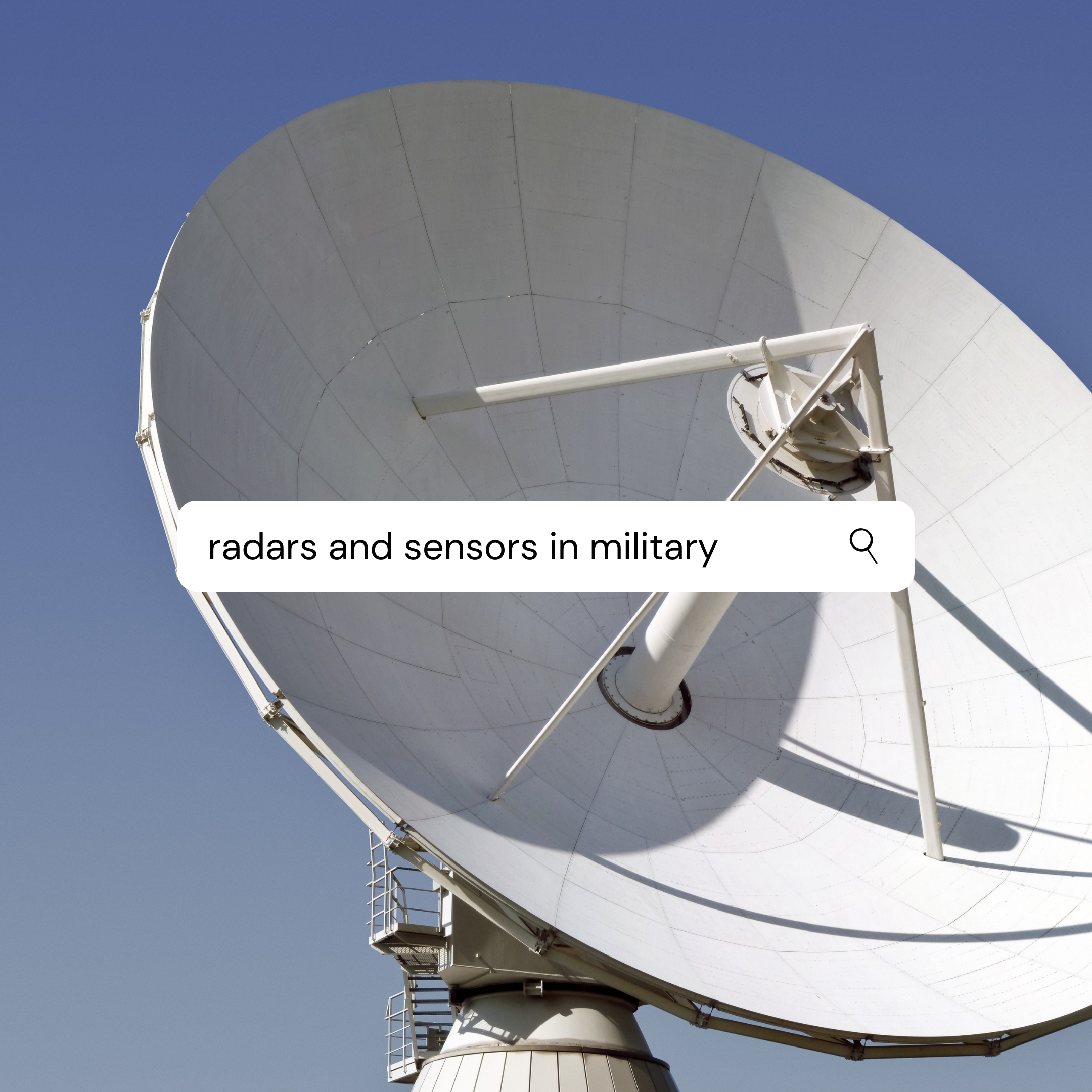 Types of radars and sensors in the military 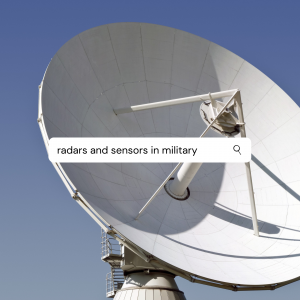 Types of radars and sensors in the military

Throughout the military, there are numerous examples of applications of radars and sensors. In this post, we aim to explore how these examples are used in practice.

What is radar? A radar is a measuring device that uses radio waves to advise on the possible angles, ranges, and velocities of a wide range of objects. This technology has been used for many years in the military on aircraft and for guided missiles, for example.

What is a sensor? A sensor is an electrical device that acts as a messenger, collecting command-like information from a device and passing it on to the object it is connected to so that it can act accordingly. It’s an example of a piece of technology that has a wide-ranging span of applications in the real world, nonetheless in the military.

How is radar technology used in the military?

There is a range of applications of radars in military technology, including:

Surface Movement Radars are an example of radar technology that could be used in the military. For example, it is a handy feature that can be deployed at night so that fellow or enemy aircraft can be detected. It works using pulsations of microwave energy that bounce around, back and forth. This helps supply information about an object that has been detected by the device.

Primary Surveillance Radars are another example of radar technology that can be extended towards military technology. Much like the Surface Movement Radar, its function is to detect and return information on an object based on the energy that is reflected from and around it. However, it works only on the ground.

How is sensor technology used in the military?

There is a range of applications of sensors that are used in military technology, including:

Meteorological sensors are an example of sensory technology that can be used by the military. It’s a technology whose purpose is to measure all sorts of different climates and weather observations. This includes – but is not limited to – detections of wind, pressure, temperature, humidity, cloud height, rain, and solar radiation.

This means that it’s a valuable way to gain insight into unknown territories to be able to understand the different ways in which an aircraft, for example, should be prepared for travel.

People counting sensors are another example of sensory technology that is used in air passenger travel that could have military applications. It works by employing sensors that detect when motion breaks the beams i.e when a human crosses past. These beams are invisible to the naked eye, and so a person does not know when they are crossed.

For more information on the types of radars and sensors in the military, contact our team at Qatar Bayanat Engineering today.