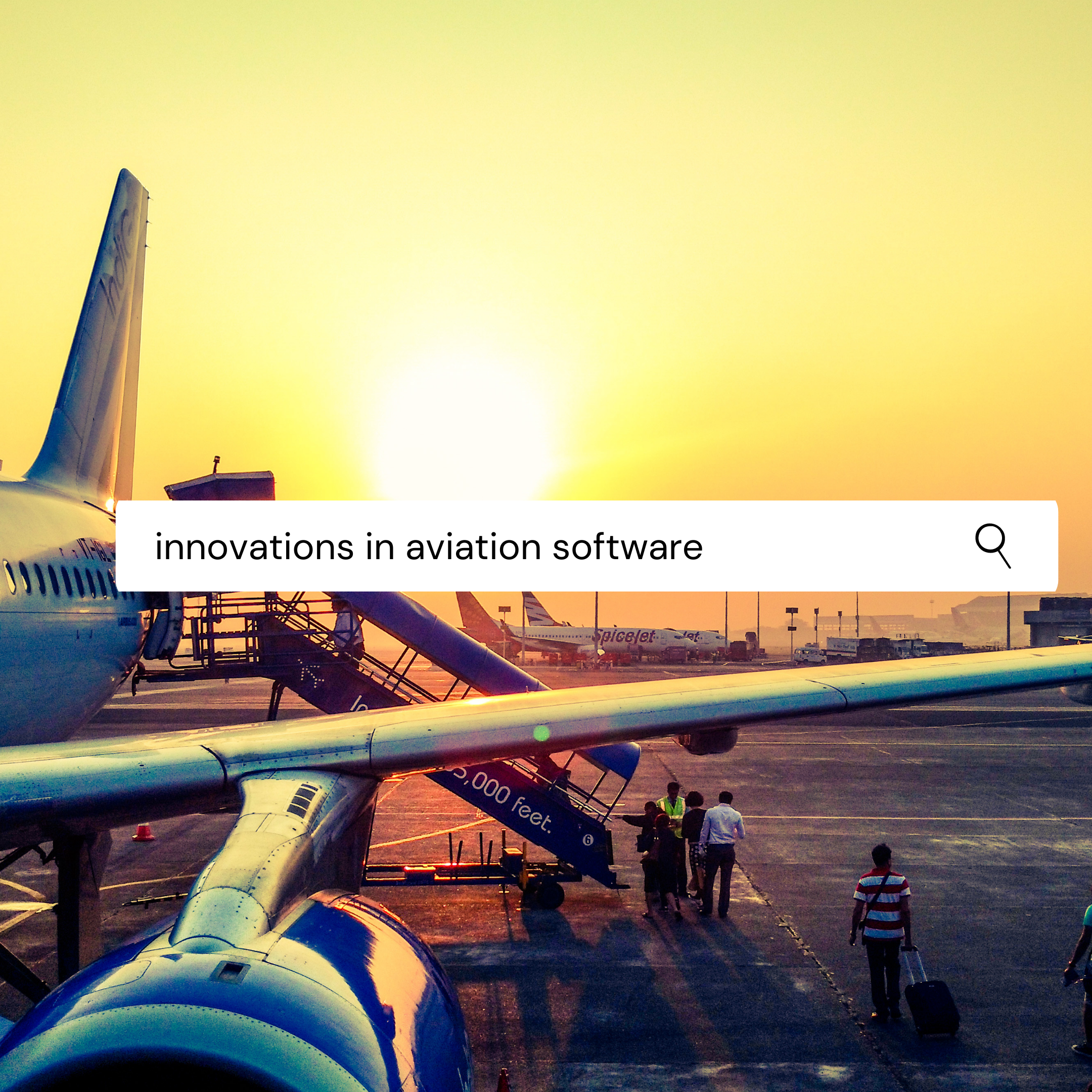 It might seem like we have been utilising the skies for a long time, but our first successful flight was only a little under 120 years ago. In that short time, aviation has advanced tremendously thanks to innovative hardware and software developments.

With sprawling airports to manage, as well as hundreds of incoming and outgoing aircraft, the aviation industry relies heavily on aviation software to operate seamlessly. We’re going to take a look at three amazing innovations in aviation software that allow us to conquer the skies.

Juggling the steady flow of aircraft moving in and out of airports is an incredibly stressful job. Thankfully, innovations in automation have helped this area of aviation in a number of ways. Air Traffic Management (ATM) automation systems have been steadily advancing since the 1950s, offering air traffic controllers a much-needed helping hand.

Today, the most cutting edge ATM automation systems can provide incredible functionality, including:

ATM automation systems offer a comprehensive suite of features to help the aviation industry manage and regulate the air traffic going in and out of airports.

Before Instrument Landing Systems (ILS) were introduced to the aviation industry, pilots were more or less on their own when it came to successfully landing a plane. This left a lot of room for potential errors and misjudgements, which is not what you are looking for when landing aircraft.

These days, modern instrument landing systems help pilots with their approach to landing strips, especially when visual contact is not possible. Not only do they help during inclement weather such as fog, but ILSs also take a lot of the guesswork out of landing aircraft for pilots and airports. ILS can help in a number of ways, such as:

– Increasing the reliability of every landing

– Reducing the ‘decision altitude’, the point where a pilot decides to land or divert from a runway

– Increasing the visibility of the runway regardless of poor weather

Debris on a runway can lead to catastrophic accidents, with something as small as sand causing aircraft problems when landing. Regular inspection of the runway was a tried-and-tested approach, but it still left room for error. Runway Debris Monitoring Systems (RDMS) are a huge step up in this regard, allowing for 24/7 operational surveillance of the runway.

RDMS systems provide airports with incredible functionality to help clear runways of any debris. Some of their features include:

– Multiple camera systems that can work in all light conditions

– Combined imagery to provide a panoramic view of the entire runway