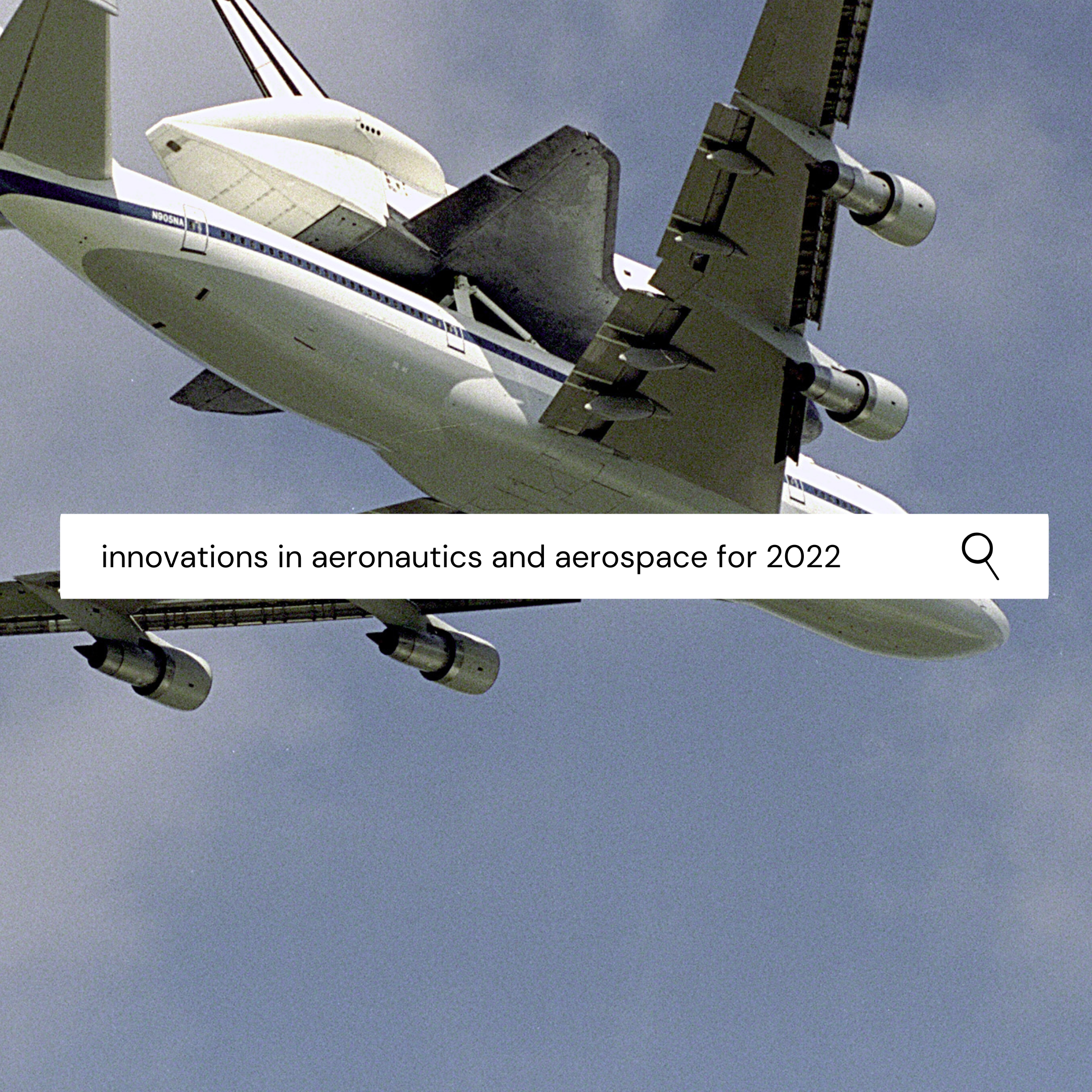 The latest innovations in aeronautics and aerospace for 2022

Aeronautics and aerospace are two of the most innovative industries in the world, working to create new and exciting developments that harness the latest technologies available. The latest innovations in these industries include new uses for drone technology, solar power for space exploration and augmented reality flight training. In this article, we’re going to take a closer look at the latest innovations coming from the aerospace and aeronautics industries to see what’s in store for the future.

Space exploration has never been an energy-efficient process, with rockets and probes using high-powered thrusters to break out of Earth’s orbit and manoeuvre in outer space. However, the latest scout rocket from NASA, known as the Near Earth Asteroid (NEA) Scout, harnesses the power of the sun to traverse space. Featuring a huge solar sail constructed out of superthin plastic, the scout catches sunbeams while in space and converts them into energy. The NEA Scout is able to reach speeds of up to 5,000 mph to keep pace with asteroids and map out their surface. What’s more, it’s incredibly cost-effective compared to traditional, fuel-filled missions at around $30 million.

Military pilots are some of the best-trained pilots in the world, with seemingly inhuman reaction times and the ability to command the skies in high-powered fighter jets. New helmet-based technology that uses augmented reality is the latest innovation to make these incredible pilots even more adaptable. The Airborne Tactical Augmented Reality System (ATARS) gives pilots an opportunity to develop skills mid-flight by creating realistic scenarios in augmented reality. Pilots will see augmented enemy aircraft and run various training exercises without the risk of flying into other jets.

Although in-air refuelling for aircraft has been with us for decades at this point, it’s a highly specialised process that requires expert pilots and high-tech equipment. It also ties up other expensive aircraft to do the refuelling, which adds to the costs of refuelling in the air. However, the MQ-25 Stingray is a drone plane that aims to streamline the process. These drones have already successfully worked alongside F/A18s, F-35 Cs and E-2Ds and made history by becoming the first unmanned aircraft to successfully fuel another aircraft.

Rocket launches are incredibly wasteful missions, with the vast majority of the rocket used in the initial stages of the launch before breaking away as debris. The latest rocket designs from SpaceX hope to change this by creating a fully reusable rocket system. The Starship is designed to launch out of Earth’s orbit and reach the moon or Mars before returning in a beautifully choreographed vertical landing.

The Starship program has had a few hiccups in the early stages, with some expensive failures in initial tests. However, in May 2022, Starship successfully performed a vertical landing that wowed the industry. It’s no easy feat though, as the Starship requires some truly massive booster rockets to help with the launch and landing. With that said, it’s still a much more affordable option compared to traditional rocket launches.