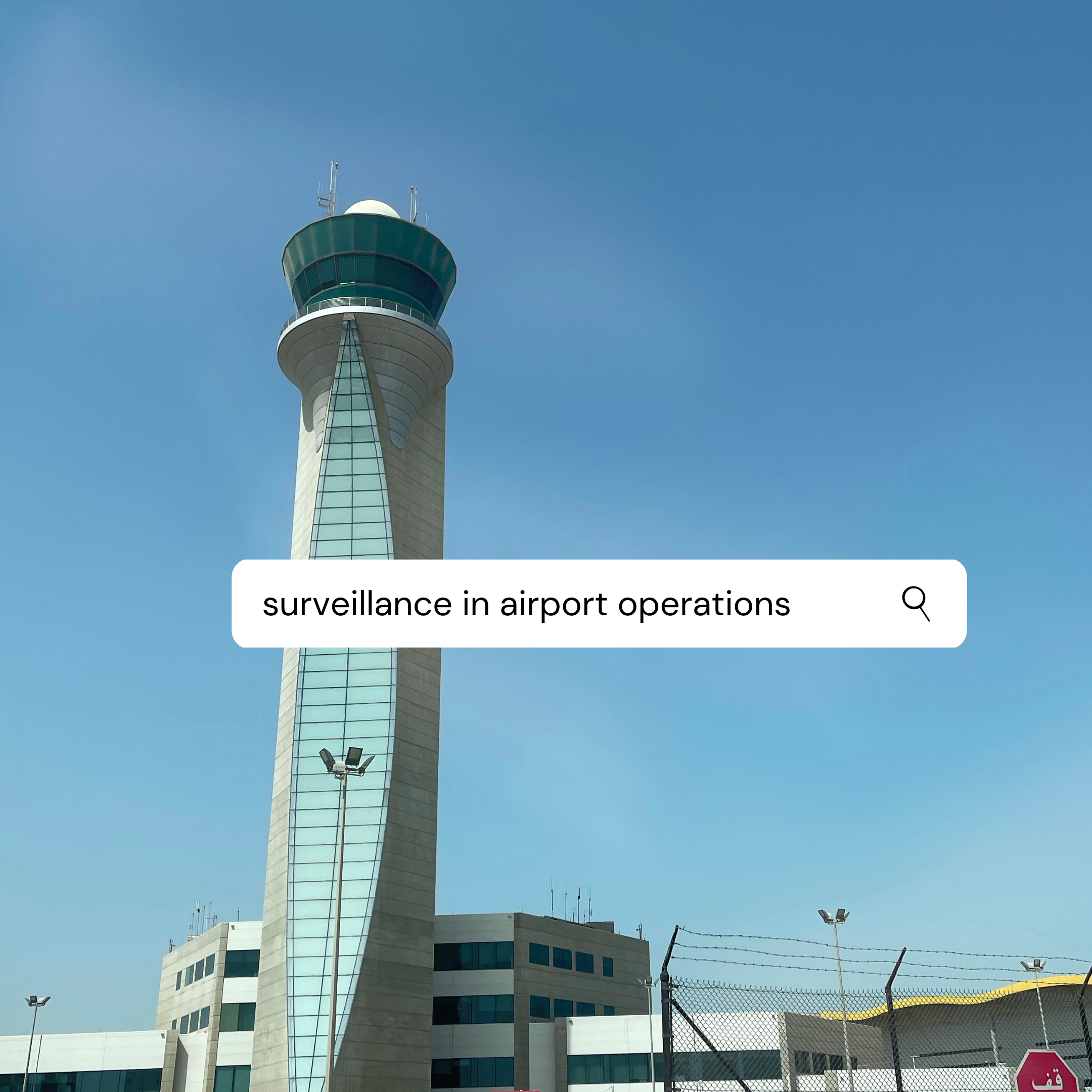 The importance of surveillance in airport operations

When running an airport, keeping passengers safe is the top priority, whether they’re in the terminal, on the tarmac or on the plane. This is where advanced surveillance systems are key for better airport operations. Learn more about the range of different surveillance systems airports use and how they keep passengers and flight crews as safe as possible in their day to day operations.

Surface Movement Radars, also known as SMRs or GMRs (for Ground Movement Radars), are radar systems that specifically examine the ground in and around an airport. Controlling the movements of ground vehicles around an airport is an essential part of making sure that aircraft can taxi without any risk of colliding with vehicles such as fuel tankers. Surveilling and tracking the movement of vehicles in this manner means that aircraft are safer in their operations and avoid preventable incidents.

Surface Movement Guidance & Control Systems are a key aspect of plotting the route of aircraft in a modern airport. When taxiing around the airport, especially a complex campus such as Hamad International Airport, simply telling a plane to taxi to a particular position will not suffice. The ASMGCS dictates a taxi route to the aircraft in question, so everyone arrives in the right place at the right time without any issues regarding traffic on the runway. Staying organised is key to an airport working in the most effective way possible, and an ASMGCS is the first major step towards better organisation.

Multi-lateration systems, or wide-angled multi-lateration (WAM) systems, are a means of keeping track of aircraft whilst in the air. Several different listening stations around an airport help to detect an aircraft, establishing the specific direction the signals come from. Listening stations then work together, triangulating the information and locating the plane in the sky. This is a key part of the success of an airport’s surveillance. Knowing where planes are at all times means that the airport keeps pilots on designated routes, preventing collisions and avoiding the dangers of planes coming too close to one another in the air.

Primary and secondary surveillance radars are two separate systems that work closely in tandem with one another. A primary radar sends out radar signals, detecting the location of planes wherever they may be in the sky. However, in the event that two places are too close together, an issue called “garbling” occurs in which two signals appear as one. This is where the MSSR, or secondary surveillance radar, analyses the signals and transmits them at a reduced rate to find the smaller details. The two work closely in tandem and provide a more accurate picture of the skies above.

If you’re interested in airport surveillance solutions in Qatar and beyond, get in touch with the Bayanat Engineering team today to discuss recommended solutions and how we can help your airport to perform effectively.