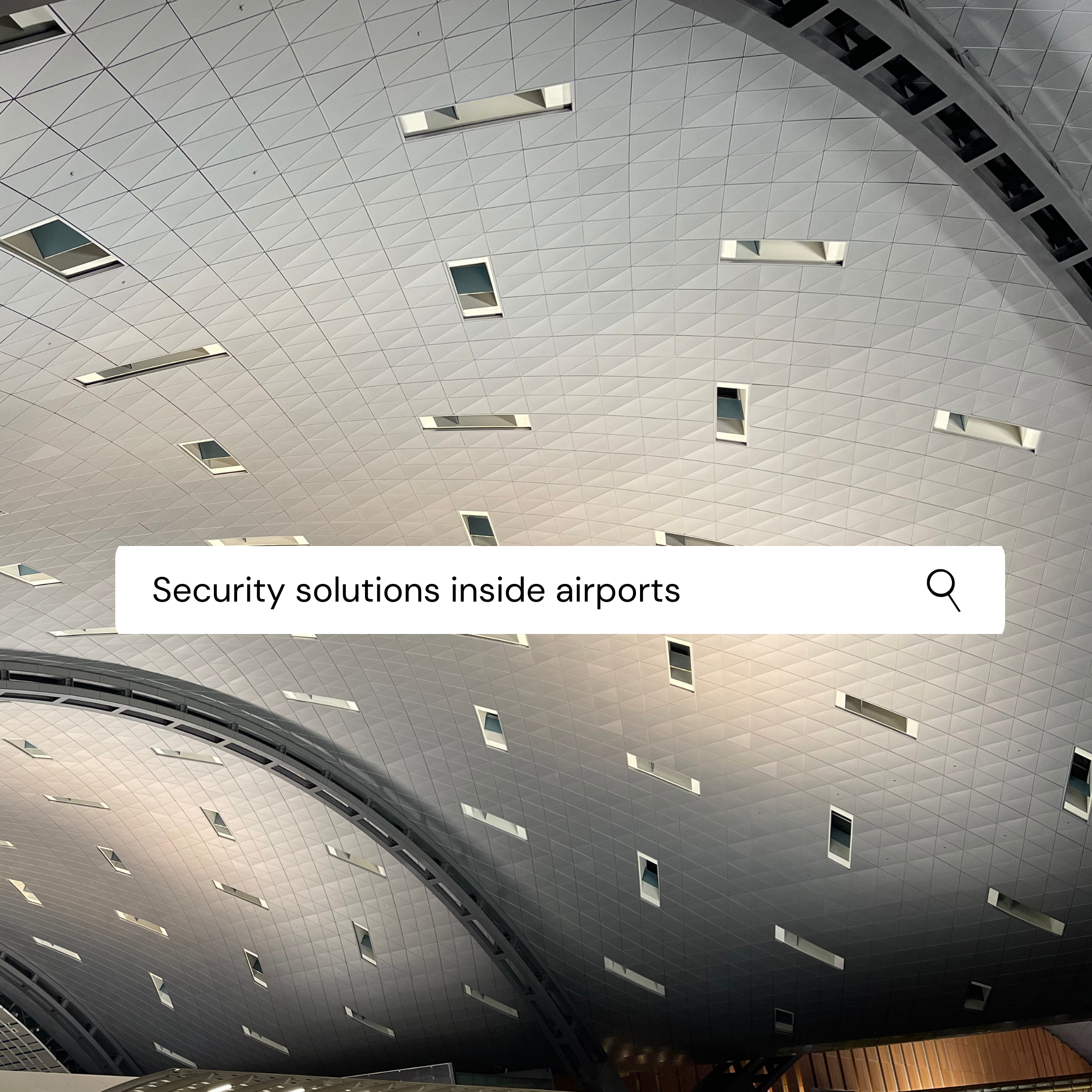 With the ever-rising security challenges that today’s airports are having to deal with and managers are taking care of, it makes it even more important that the criteria for safety, security, and automation at airports are met. Read on to learn about some of the top security solutions inside airports today.

While air traffic control towers won’t be able to see your drone, drone detection and radar systems can be used to detect and find drones.

Drones are a major security and safety breach at airports and can be the cause of disruptive and dangerous incidents as well as security breaches. As there are more people who have remote-controlled drones for their private use, the number of drone incidents is slowly increasing. For this reason, operators need to make sure that they properly assess a threat visually and establish whether a drone is carrying explosives or cameras.

By installing cameras along the perimeter of the airport fence alongside the radar technology, you can detect drones a lot clearer. How? Once the radar is triggered, the system will relay 3D coordinates to the closest security camera to confirm whether the object is a drone or something else. Not only is this a safe solution, but highly cost-efficient too.

People who breach the perimeter fence and access the runway are a huge threat at airports. That’s why it’s important to detect these incidents as early as possible. However, this can be a challenging task. Operators who are monitoring live video footage could miss important scenes. That’s where built-in video analytics and metadata come in. By adding structure to video images, you can identify suspects even in dark areas. The built-in infrared illuminators will detect objects that are approximately 550 meters away and thermal pictures will allow you to detect any suspects who may be hiding in trees.

Whenever an intruder comes near the perimeter, the cameras will follow them over long distances while showing their speed, size, and location to allow a quick intervention. Added bonus – false alarms signals from operators are significantly reduced.

Long queues and crowded areas at the airport are not only frustrating for passengers, but they pose a huge security risk. How? Travellers who are standing in the queue are exposed to potential attackers and are among people who could be carrying dangerous materials. That’s where intelligent cameras come in. They minimise the number of these situations by preventing the queues from becoming too long.

A video solution also offers movement guidance on the number of people waiting at each checkpoint and those who have passed, making it easier to monitor.

Feel free to get in touch with Bayanat Engineering for more information, guidance and support on security solutions inside airports. With specialism and expertise in air traffic management and airside and terminal systems, our professional and friendly team is happy to provide a wide selection of solutions to fulfil the needs of airport authorities and civil aviation.