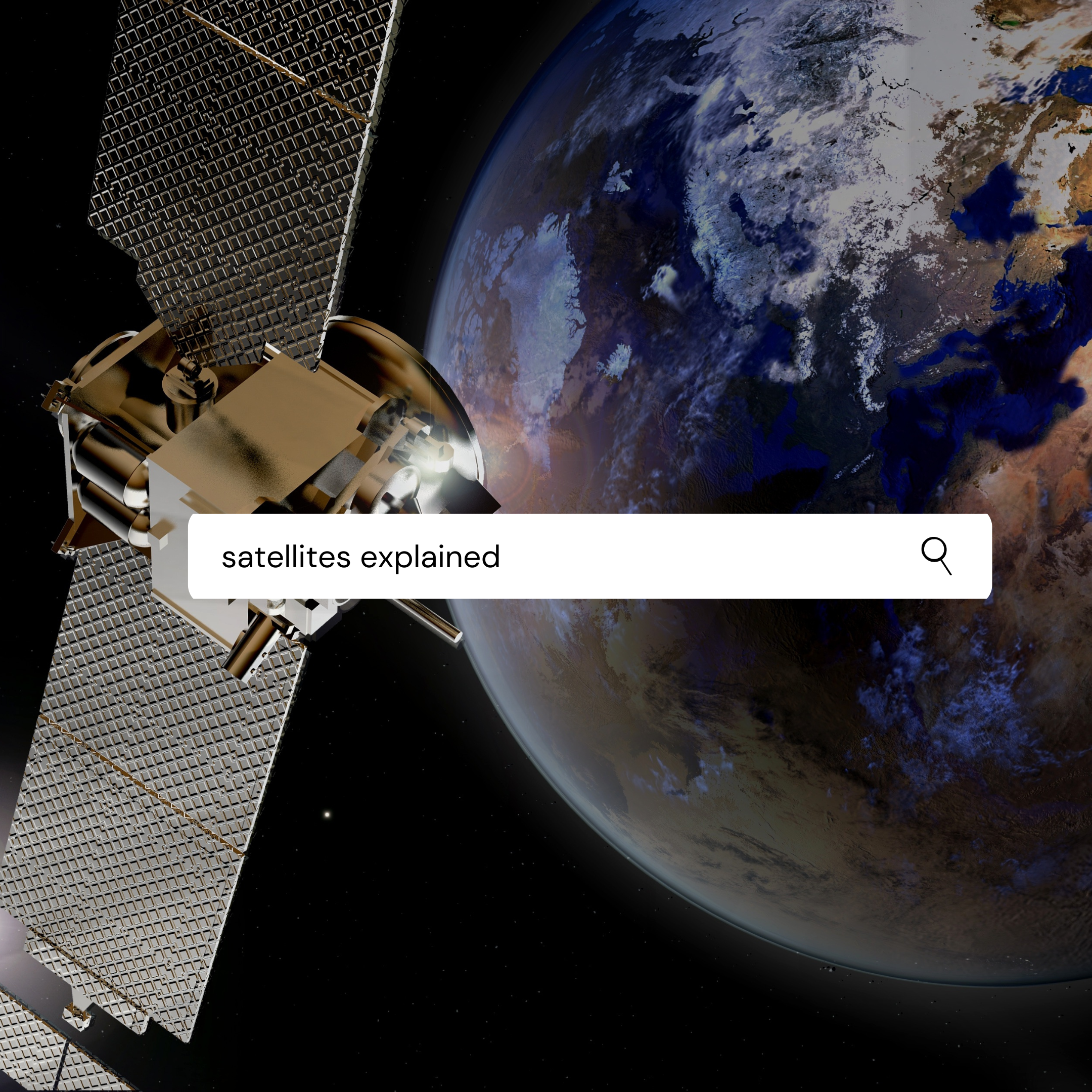 Satellites explained: What they are, why they are important and what they do

One of the underrated parts of the modern technological landscape is the satellite. Satellites play an integral part in a range of systems, helping us with everything from communications to GPS. Find out more about what satellites are, what they do and why they are so important to our way of life.

Primarily, satellites are craft that various companies and countries put into a geostationary orbit. However, the term also refers to both matter that is naturally in orbit (such as asteroids) and “litter”, parts of spacecraft that remain in orbit after their initial missions. In this article, we’re specifically referring to ‘matter’ that humans deliberately put in orbit. Satellites enter orbit for several reasons, including scientific purposes, communication and even as a means of supporting the entertainment industry.

Why are satellites useful?

Satellites are especially useful tools for sending information across the planet. This is because many satellites are “geostationary”, which means that they remain above the same point on Earth constantly. The vacuum of space makes their momentum incredibly consistent, so placing a satellite in a stable orbit such as this is relatively simple.

Using a satellite is also ideal for the transmission of data as satellites have a clear line of sight. This refers to the route the beam of information takes having no objects in the way, as the information doesn’t need to contend with buildings or hills, as is the case with using the same wireless signals at ground level. Organisations use large networks of satellites when transmitting information around the planet, avoiding the risk of the planet itself blocking signals.

What services use satellites?

Several services and technologies use satellites, including:

GPS, or Global Position Systems, was initially a US military creation used for more precise targeting of weaponry and guidance of military units. The system eventually became available for public use, triangulating the location of a receiver or handset between several satellites and establishing precise locations, sometimes to within as little as 30cm. This is an important piece of technology for the aviation industry, supporting aircraft in their navigation around the world.

Satellite phones are communication devices that do not use phone towers, instead beaming signals up to satellite networks and back. These phones have a certain degree of latency as a result of their remote usage, also using more power. However, the fact that they are useful anywhere a satellite can see makes them the perfect tool for anyone exploring more remote areas of the world and seeking precautions to stay safe.

Television
Satellites are the backbone of TV infrastructure. They receive the signal from the TV station before beaming it across the planet, providing viewers with news and entertainment on demand. Early TV systems used simple broadcast towers, but increasing complexity has led to a greater reliance on satellites as they communicate information more reliably without the risk of interference.

If you have an interest in learning more about satellite technology, get in touch with the Bayanat Engineering Qatar team today to find out more.