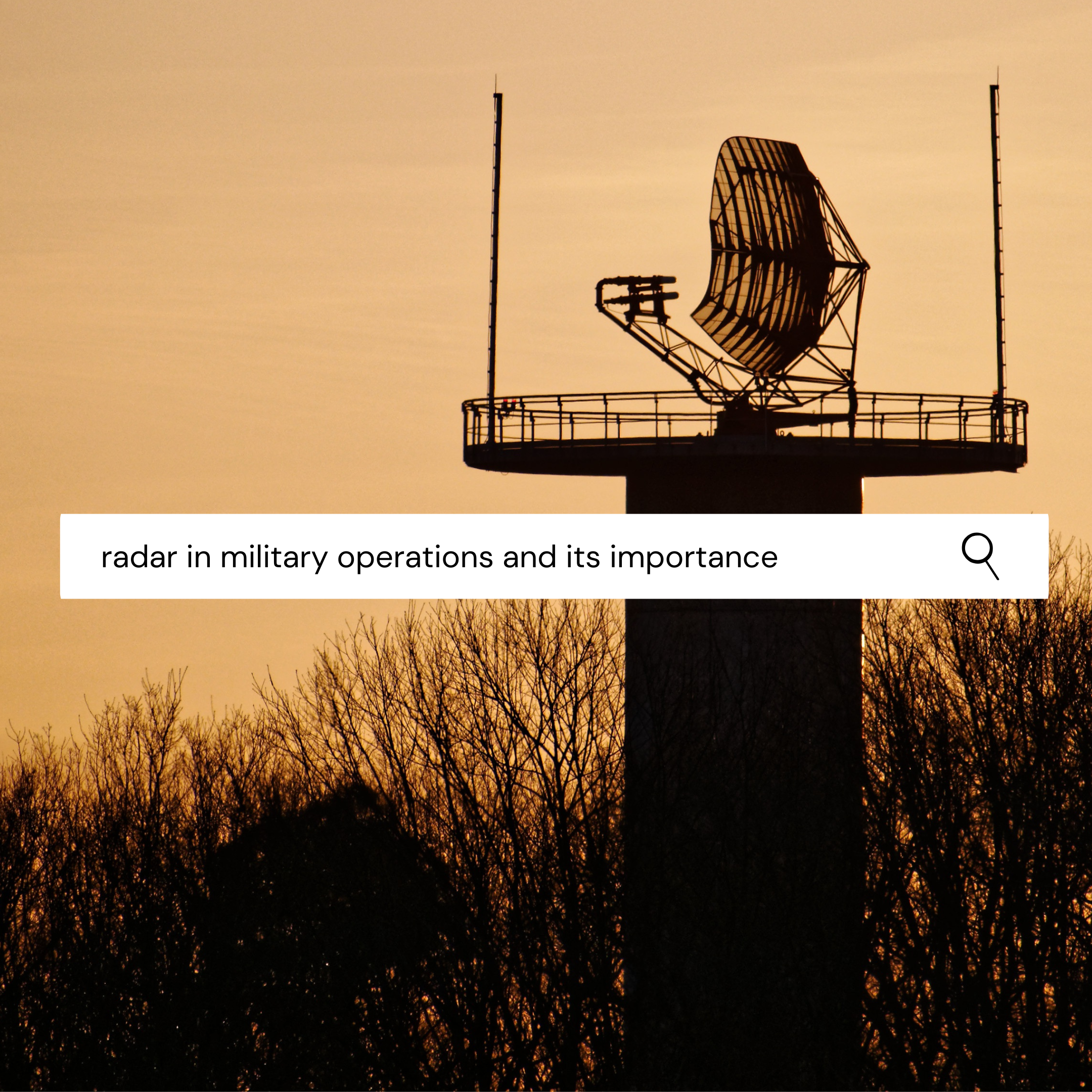 Radar in military operations and its importance

The first early warning radar network in the world was developed by Britain during World War 2 to provide warning of approaching German bombers and was a major factor that helped save lives and win the war. Called the Chain Home Radar, it was cutting-edge technology at the time and has only developed since, with radar still being used for military operations today. In this blog, we’ll run down what types of radar are used in military operations and their importance.

Before we get into that, though, let’s run through what radar is and how it works. A radar system transmits a high-frequency signal towards a target, which then bounces off the target and returns. The radar can then use the information that it has received from this to identify the target’s position and speed. It can be airborne, ground-based or underwater. Because of this very subtle but accurate and helpful method, it is used by military operations across the world for both defence and offensive purposes. We will now list some of these operations.

Like the Chain Home Radar, these work by transmitting a short pulse of radio waves to search large regions. Technology has advanced so modern versions of search radars are more accurate but they remain as important to military operations as they were during WW2. They can be used to determine the approximate range, velocity and angle of aircraft and ships and are key in protecting airspace and ocean boundaries as well as early warning detection and target acquisition of enemies in war zones.

Similarly to detective radars, targeting radars search for targets but they are different in that they focus on small zones more frequently in order to lock onto a specific target, rather than searching for potential threats. This is vitally important to differentiate between moving targets, stationary targets and clutter so that military operations can be as efficient and informed as possible.

Instrumentation radars are a form of tracking radars which are used by militaries across the world to measure metric data on equipment like aircraft, missiles, projectiles and satellites. This is essential for evaluating the performance of equipment at military test facilities so their effectiveness can be measured and the correct item chosen for use.

Weather radars use pulse doppler radar systems to bounce microwave signals off clouds and rain to measure weather conditions. This is used by militaries for air traffic control, in order to “see” what the weather is like ahead and safely know if the conditions will affect operations, both during the flight of an aircraft and at airports.

Like search radars, navigational radars use short wavelengths that bounce off targets. However, navigational radars target natural obstacles such as earth and stone, used so that ships and aircraft can avoid collision and know where they are going. This is essential for mobile military operations to prevent avoidable delays.