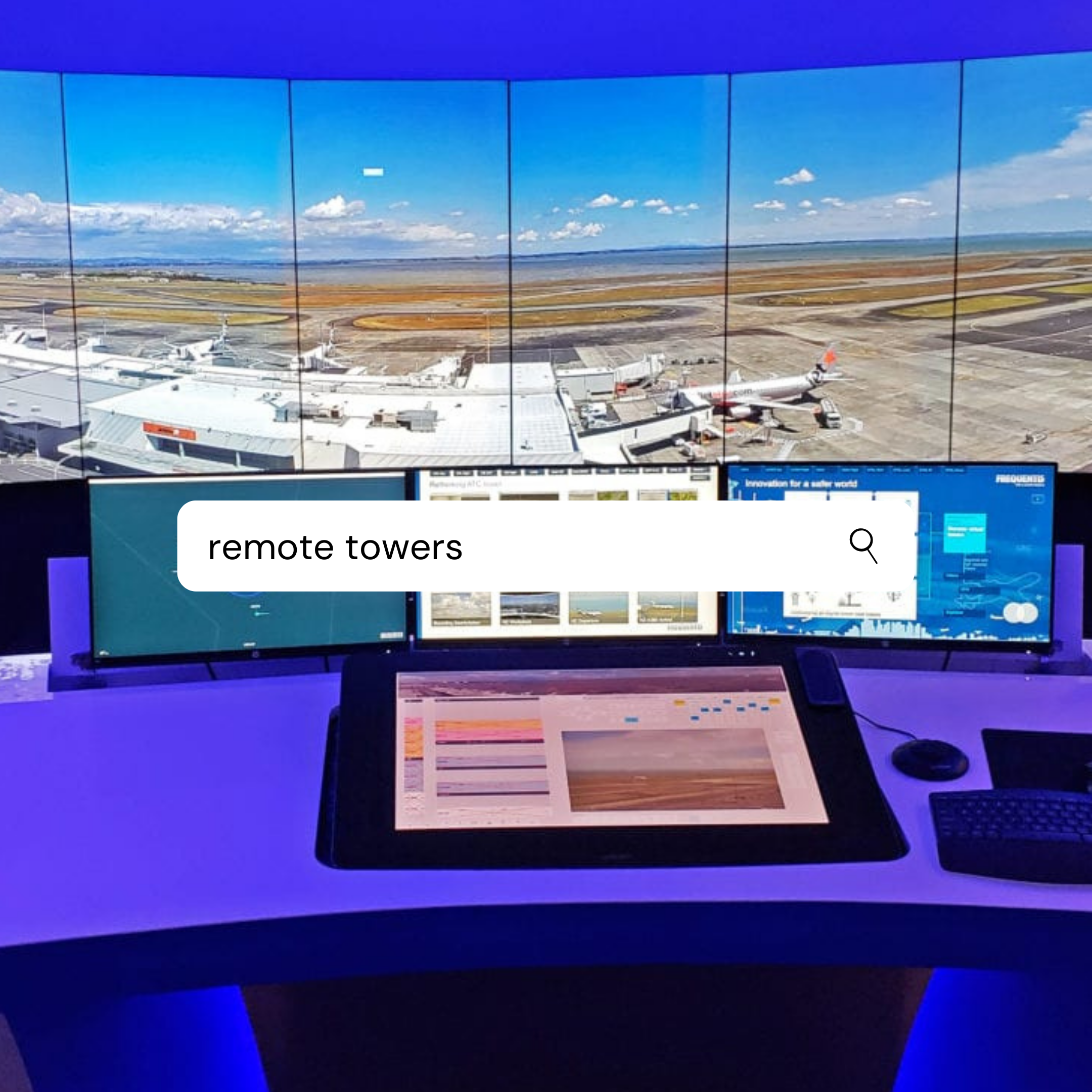 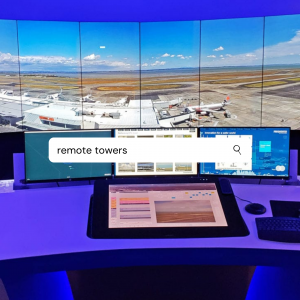 The airport control tower has been at the centre of airport traffic management for over a century. The first tower became operational at Croydon Aerodrome, London in 1920 and today it is difficult to imagine an airport without one.

But advances in technology mean that the days of the traditional airport control tower could be numbered. That doesn’t mean traffic will be left to manage itself, but that runway management and apron traffic will be managed from a remote tower facility.

What are remote towers?

Remote digital towers (RDTs) enable air traffic control duties to be managed from a remote location. This is possible due to advances in HD camera technology that allows air traffic controllers to monitor both the glideslope and the apron from any location.

Remote towers are laid out in the same way as a conventional ATC tower, but the control room is based in a low rise office building with large LCD screens replacing the tower windows. This allows a remote tower to operate in much the same way as a traditional tower.

While remote towers are still relatively new, with only a few active installations at smaller airports, there is no reason why their use cannot be expanded to replace traditional control towers.

To highlight the maturity of the technology, London City Airport, located in the heart of London’s Docklands, has recently replaced its traditional ATC tower with a remote digital tower.

All flights into and out of the airport are now managed from a state-of-the-art enhanced reality digital control tower, located in the National Air Traffic Control centre 115km away in Swanwick.

What are the advantages of Remote Digital Towers?

Remote digital towers promise a range of operational benefits along with enhanced safety for passengers.

Remote Digital Towers have much lower CAPEX than traditional facilities. And because one facility can be used to manage several airports, they promise higher productivity and significant operational savings as well.

The  Remote Tower solution overlays aircraft types and flight numbers on the LCD screen to enhance situational awareness for controllers. This has several benefits including reducing aircraft and vehicle incursions onto active runways.

The latest camera technology provides better visibility for controllers in all conditions. Low light and infra-red cameras can be used to provide a much clearer picture of the airspace and apron, especially during bad weather or low light level conditions.

Because RDT systems are built using modular components they are much easier to update than traditional ATC technology. This means airports can benefit from enhancements much more readily than conventional systems.

The technology can also be easily expanded, which facilitates airport expansion and operational changes. The removal of ATC towers also frees up space on the airfield for terminal expansion.

Remote tower technologies promise greater benefits to smaller airports than larger ones. Airports that have previously been considered too small for a conventional ATC tower, can now benefit from full airspace management at a fraction of the cost.

This will improve safety at these airports and allow them to accept larger aircraft and expand operations without the investment associated with building conventional ATC tower infrastructure.

If you would like more information about how remote tower airport technology can be used to augment or replace your current ATC setup, get in touch today.

We offer a range of proven air traffic management solutions from leading vendors including Thales and SAAB. And because RDT technology is completely scalable, we can design a system to support any size of operation from an international airport to a regional aerodrome.