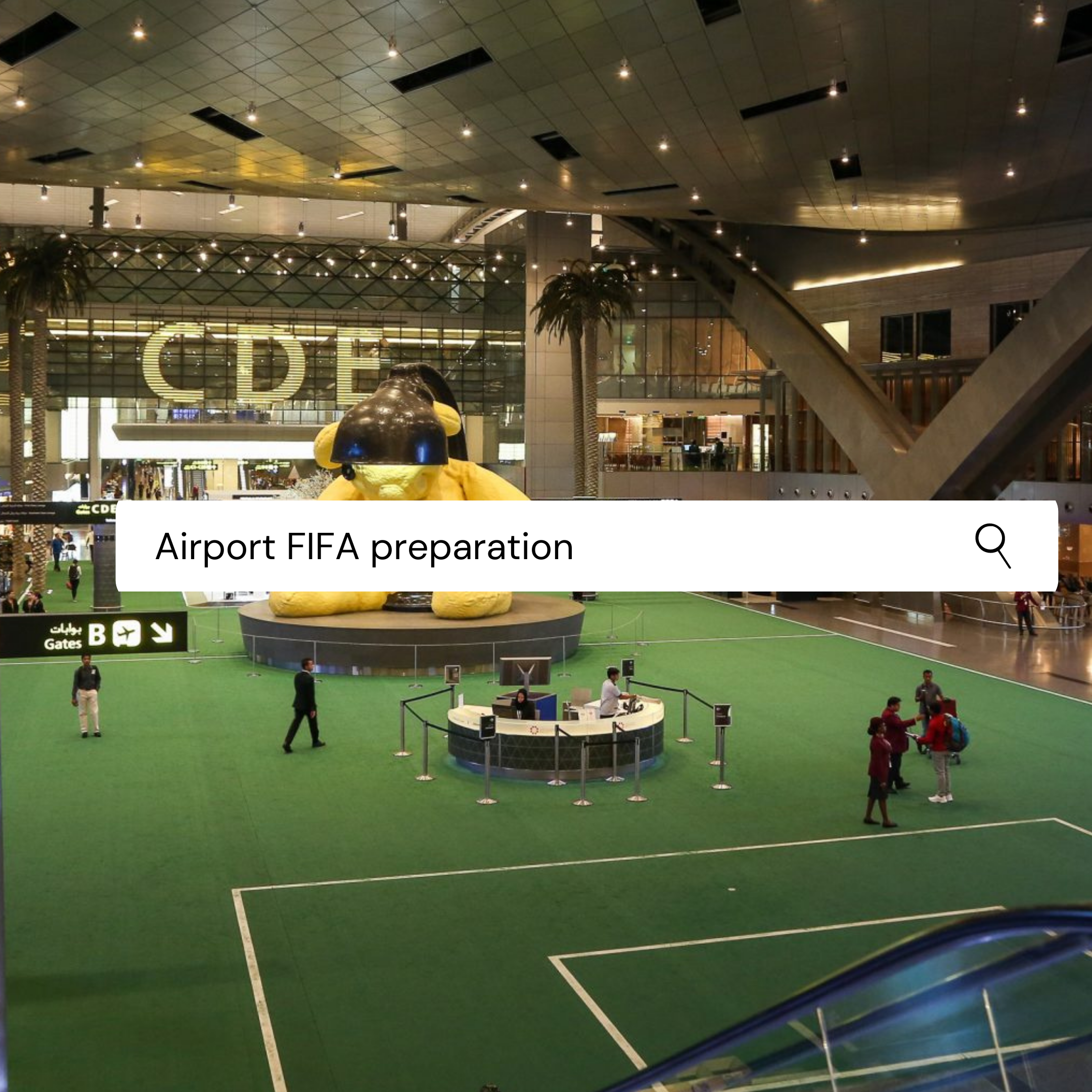 How is Qatar’s busiest airport preparing for the FIFA 2022 World Cup?

How is Qatar’s busiest airport preparing for the FIFA 2022 World Cup?

With the clock to the world’s biggest sporting event ticking down, the 2022 World Cup host Qatar is preparing for an influx of football fans from around the world. As the first Arab state to host the World Cup, Qatar is hoping to make a good impression.

One of the biggest challenges will be addressing the incredible numbers of football fans who will be arriving by plane. This is sure to put a massive strain on the aviation industry in Qatar, with infrastructure designed for the small population of over 2 million residents.

Hamad International Airport (HIA) is Qatar’s largest airport and has been at the centre of aviation innovation over the past few years, largely in preparation for the World Cup. With major renovations taking place since 2019, hopes are high that HIA will be able to handle the surge of World Cup visitors.

At the moment, around 10 million passengers per year use HIA airport, but the intention has always been to expand the existing infrastructure. When it was built in 2003, engineers deliberately designed the airport to handle around three times the expected passenger capacity, allowing for some 29 million passengers to use the airport.

With the latest redevelopment of HIA airport, it seems as though they are aiming for a much loftier capacity goal. By 2022, Qatari officials have already stated that they hope HIA will handle at least 58 million passengers, just in time for the World Cup. The final redevelopment, which will be completed after 2022, aims to extend even further, with estimates of the airport handling anywhere up to 93 million passengers per year.

As well as passenger capacity, Qatar’s busiest – and only international – airport will receive a few aesthetic improvements too. Part of the second stage of the HIA airport expansion will include a 10,000 square metre indoor tropical garden, featuring a collection of exotic plants in the central concourse of the airport. There are also plans to integrate a 270-metre water feature which will be the cherry on top of this illustrious redevelopment.

There will be other additions to HIA airport to accommodate for the 2022 World Cup in Qatar, too. Namely, a 12,000 square metre retail and food court that will no doubt be dripping in luxury and class. Above the retail space will be the Al Mourjan lounge, a 9,000 square metre area that will offer panoramic views of the tropical garden. There will also be luxury spas, a gymnasium, passenger facilities and a plethora of restaurants.

HIA airport has been on the rise for a number of years now, with this planned expansion just another step in this airport’s legacy. With the 2022 World Cup approaching, it seems as though these redevelopments could not have come at a better time for Qatar.