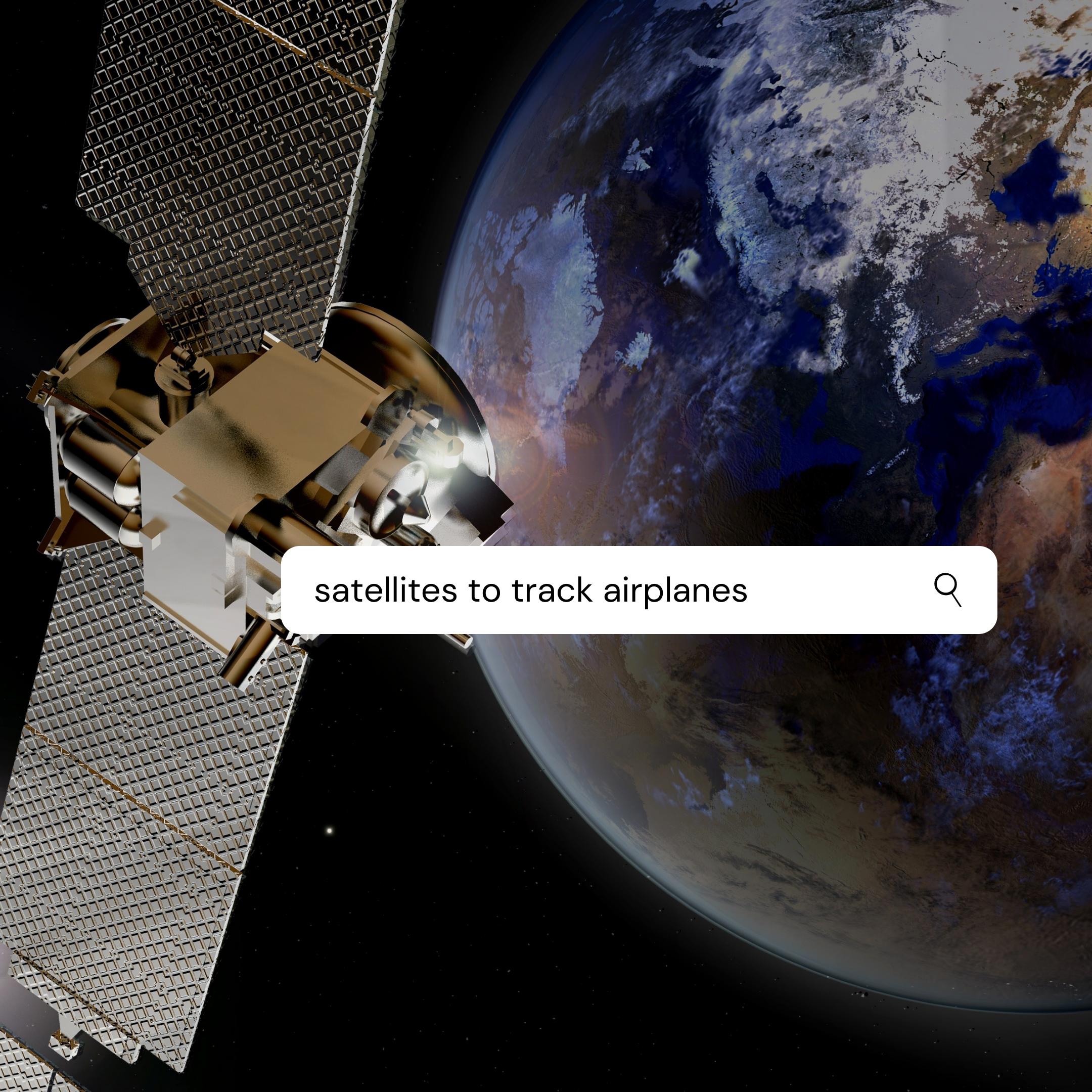 Can ground control use satellites to track airplanes?

With all the incredible technological advances we’ve seen over the last twenty years, you’d expect ground control to be using satellites to track aircraft as they make their way around the globe. However, while the technology to do so exists, the aviation industry is yet to roll the concept to every flight. Satellite-based Navigation Systems (GBAS/SBAS) are only just getting going.

The need for such systems, however, is high. Missing flights are a case in point. When flights go missing, it leads to the mobilisation of vast resources on the ground. Ground controllers could mitigate such expenses by knowing the location of planes in real-time.

Things are changing though. New advances in technology are now making it possible to operate space-based aircraft monitoring systems, which are capable of tracking thousands of flights in real-time as they make their way across the globe. Industry experts hail it as perhaps the most important update for aviation technology since the development of radar, nearly a century ago.

As you might expect, these solutions are a fusion of different technologies designed to remedy the problems aircraft controllers have faced for decades. They finally deal with the tricky issue of locating aircraft over major oceans — something that is virtually impossible to do with conventional radar. Only around 30 percent of the Earth’s skies are in the land-based radar tower range.

The first component of these systems is ADS-B or Automatic Dependent Surveillance-Broadcast location identification. With this, ground controllers don’t locate aircraft by bouncing radar beams off them. Instead, aircraft report their location to the satellite network via onboard GPS equipment. This information then enters the network which transmits it to airport staff on the ground.

Regulators around the world are keen on the new ADS-B system and have mandated it for use alongside conventional tracking systems. Such technology has been in use for a while for aircraft travelling over remote areas of the sky, such as the north pole, but now it is being rolled out more widely.

The second component of ADS-B is the development of constellations of communication satellites. These networks, launched primarily on the back of a series of SpaceX Falcon 9 rockets, covers the entire globe, completing their orbits over the poles once every 100 minutes.

Each node is about the size of a small car. Satellites communicate with each other and then relay location data to ground control across the world.

Now fully operational, systems can track the locations of thousands of aircraft automatically and in real-time. Each satellite communicates with up to four different satellites at once before downlinking to agents on the ground.

How long will the tracking system last?

While current systems will become obsolete within 20 years, developers hope that they should be able to accommodate the increase in the volume of air traffic expected between now and then. Air travel is expected to increase as more citizens enter the global middle class.

Such systems should also prevent flights from going missing. Ground control operatives will know the precise location of any aircraft in real-time. Any rescue attempts can be organised quickly.