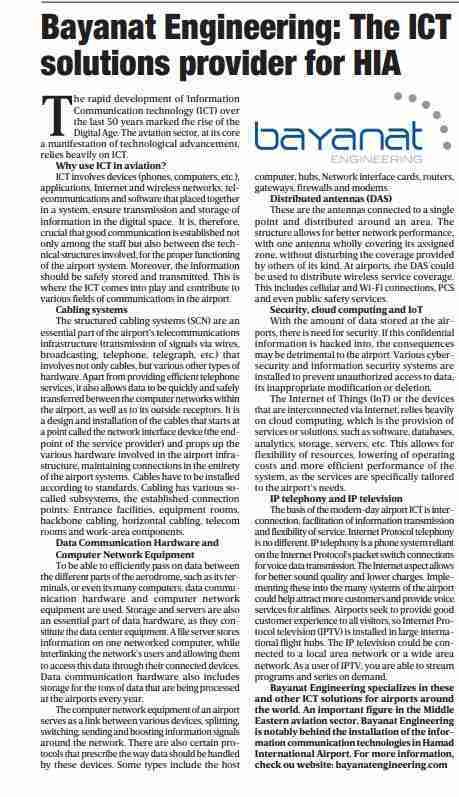 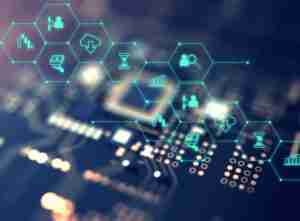 The rapid development of Information Communication technology (ICT) over the last 50 years marked the rise of the Digital Age. The aviation sector, at its core a manifestation of technological advancement, relies heavily on ICT.

Why use ICT in aviation?

ICT involves devices (phones, computers, etc.), applications, Internet and wireless networks, telecommunications and software that placed together in a system, ensure transmission and storage of information in the digital space.  It is, therefore, crucial that good communication is established not only among the staff but also between the technical structures involved, for the proper functioning of the airport system. Moreover, the information should be safely stored and transmitted.

This is where the ICT comes into play and contribute to various fields of communications in the airport.

The structured cabling systems (SCN) are an essential part of the airport’s telecommunications infrastructure (transmission of signals via wires, broadcasting, telephone, telegraph, etc.) that involves not only cables, but various other types of hardware. Apart from providing efficient telephone services, it also allows data to be quickly and safely transferred between the computer networks within the airport, as well as to its outside receptors. It is a design and installation of the cables that starts at a point called the network interface device (the endpoint of the service provider) and props up the various hardware involved in the airport infrastructure, maintaining connections in the entirety of the airport systems.  Cables have to be installed according to standards. Cabling has various so-called subsystems, the established connection points: Entrance facilities, equipment rooms, backbone cabling, horizontal cabling, telecom rooms and work-area components.

To be able to efficiently pass on data between the different parts of the aerodrome, such as its terminals, or even its many computers, data communication hardware and computer network equipment are used. Storage and servers are also an essential part of data hardware, as they constitute the data center equipment. A file server stores information on one networked computer, while interlinking the network’s users and allowing them to access this data through their connected devices. Data communication hardware also includes storage for the tons of data that are being processed at the airports every year.

The computer network equipment of an airport serves as a link between various devices, splitting, switching, sending and boosting information signals around the network. There are also certain protocols that prescribe the way data should be handled by these devices. Some types include the host computer, hubs, Network interface cards, routers, gateways, firewalls and modems.

These are the antennas connected to a single point and distributed around an area. The structure allows for better network performance, with one antenna wholly covering its assigned zone, without disturbing the coverage provided by others of its kind. At airports, the DAS could be used to distribute wireless service coverage. This includes cellular and Wi-Fi connections, PCS and even public safety services.

With the amount of data stored at the airports, there is need for security. If this confidential information is hacked into, the consequences may be detrimental to the airport. Various cybersecurity and information security systems are installed to prevent unauthorized access to data, its inappropriate modification or deletion.

The Internet of Things (IoT) or the devices that are interconnected via Internet, relies heavily on cloud computing, which is the provision of services or solutions, such as software, databases, analytics, storage, servers, etc. This allows for flexibility of resources, lowering of operating costs and more efficient performance of the system, as the services are specifically tailored to the airport’s needs.

The basis of the modern-day airport ICT is interconnection, facilitation of information transmission and flexibility of service. Internet Protocol telephony is no different. IP telephony is a phone system reliant on the Internet Protocol’s packet switch connections for voice data transmission. The Internet aspect allows for better sound quality and lower charges. Implementing these into the many systems of the airport could help attract more customers and provide voice services for airlines.  Airports seek to provide good customer experience to all visitors, so Internet Protocol television (IPTV) is installed in large international flight hubs. The IP television could be connected to a local area network or a wide area network. As a user of IPTV, you are able to stream programs and series on demand.

Bayanat Engineering specializes in these and other ICT solutions for airports around the world. An important figure in the Middle Eastern aviation sector, Bayanat Engineering is notably behind the installation of the information communication technologies in Hamad International Airport.