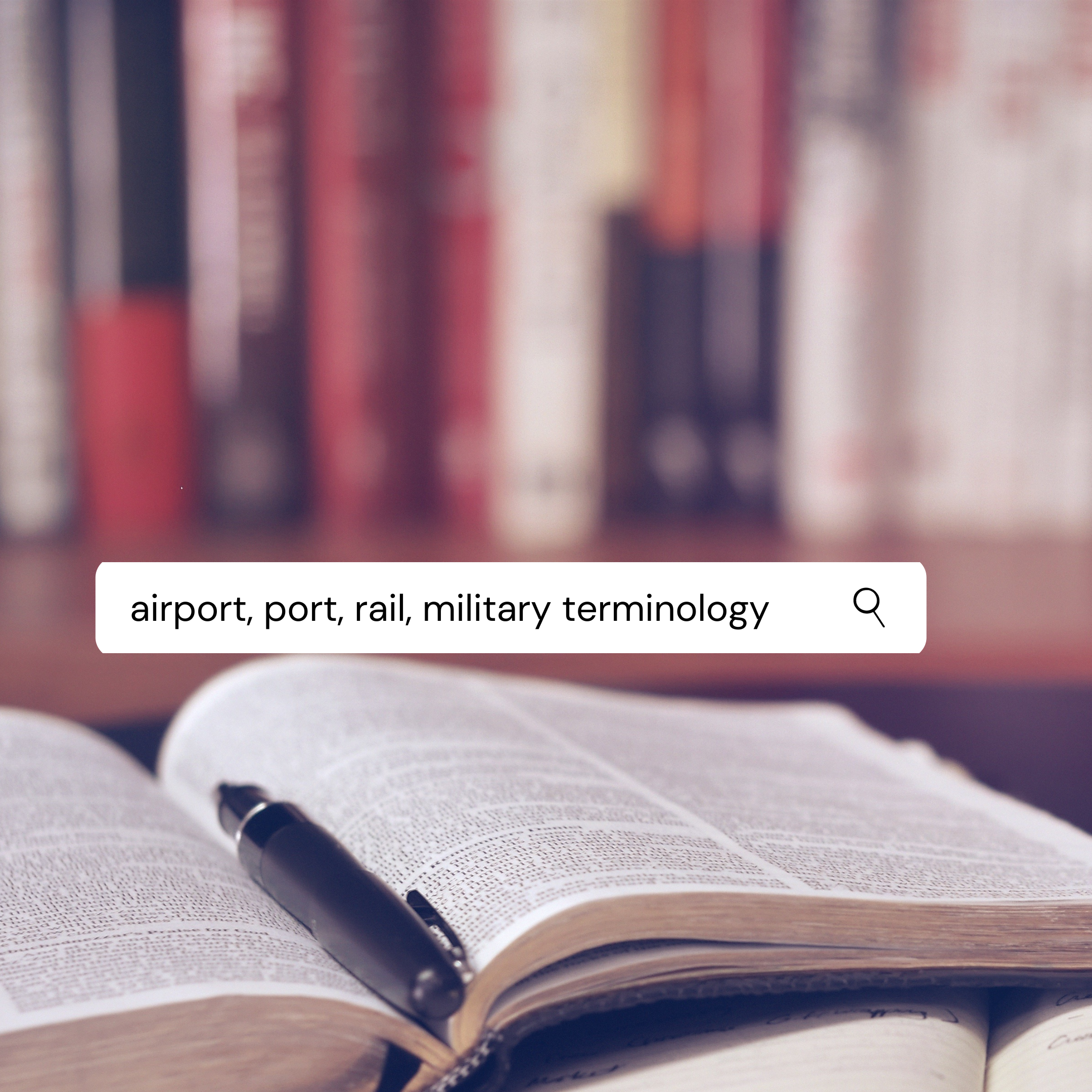 If you’re involved in aeronautics or have even simply visited a large airport, you’re likely to have heard particular terminology that might be difficult to understand at times. Knowing what these terms mean can give you greater confidence when you travel or when you’re working with transport systems. In this publication, we present a guide to airport, port, rail, and military terminology.

There are a lot of technical terms in use in airports that can be unclear for some people. Below is a list of common terminology you might see or hear in connection with airports.

Ports are similar to airports but concern boats and ships as opposed to aircraft. Again, specific terminology is used in these environments that can sometimes be unclear if you’re not familiar with a port’s setting and operations.

Railways and rail networks also use a variety of technical terminology. Below are some common terms used within the rail industry.

A lot of specific terminologies are used within a military context. Sometimes using technical terminology in this context is important for security purposes.