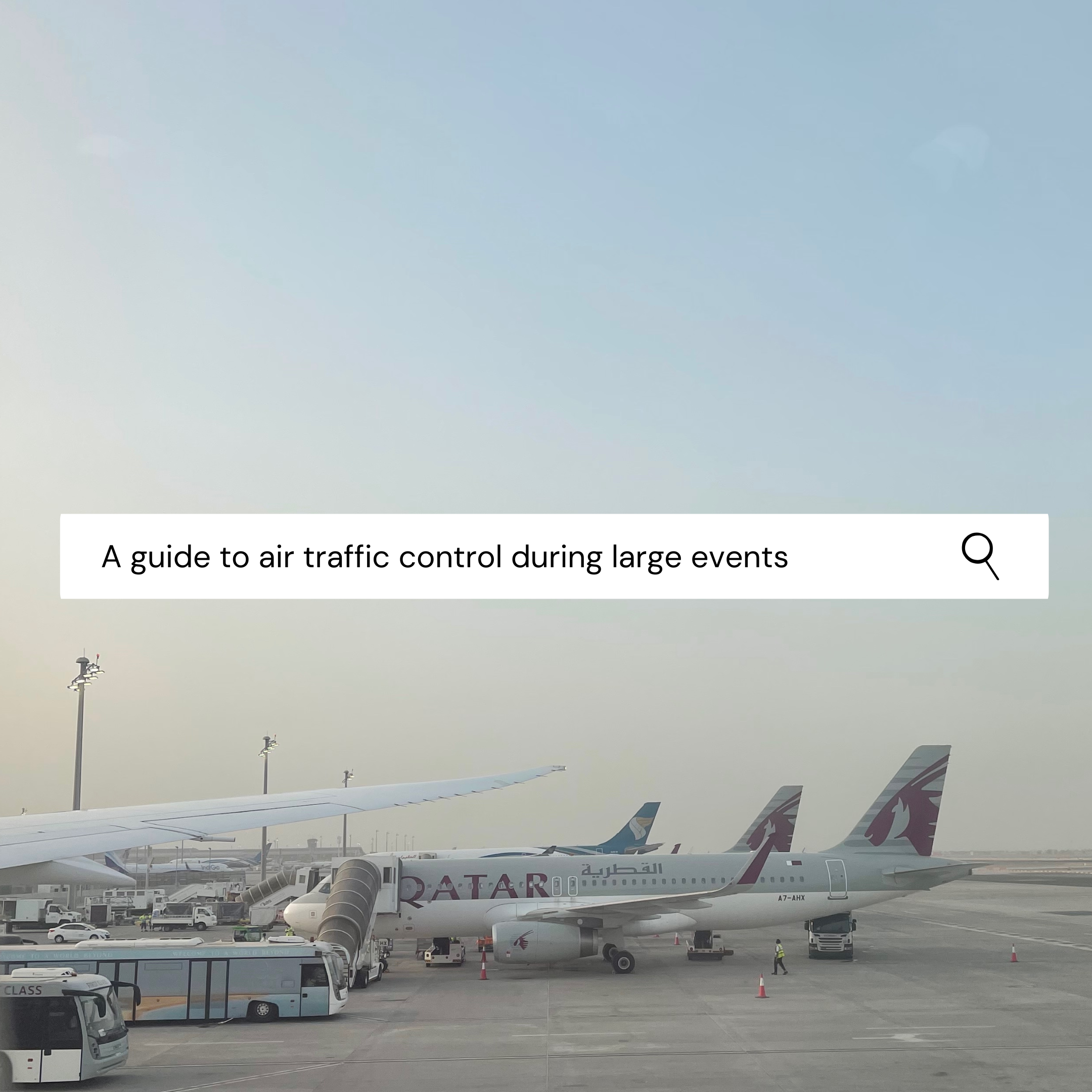 A guide to air traffic control during large events

Air traffic control is an incredibly vital aspect of aircraft systems and aerospace. Controllers are trained to ensure that aircraft stay safe distances apart from each other while in the air, moving from one airport to another via set routes. Without air traffic control, there would be no protection against aircraft colliding, following incorrect routes or running into bad weather conditions.

What is air traffic control?

Air traffic control consists of many different components and people who work together to move aircraft safely through the airspace system. This includes airport to airport, as well as military operations. Aircraft in the airways system (which is similar to a motorway in the sky) are handled by many different global companies.

Airlines will send a flight plan to air traffic control so that everyone involved with the flight is aware of the details. Controllers at an airport will be located in an airport’s control tower and will communicate with pilots to give them permission to take off. Each controller is responsible for aircraft in a set piece of airspace, and when a plane reaches the edge of this sector it will hand over to the next controller until it is handed over to the controller of the destination.

Most airliners are monitored using radar in airways known as “controlled airspace”. Outside of this is called “uncontrolled” airspace which is used by the military and recreational pilots.

What happens during major events?

Air traffic control aims to prepare pilots so that they are completely safe throughout their journey. When major events occur, there is a higher level of preparation needed. The busiest time for most airports, especially tourist destinations, tends to be in July and August when most people are jetting off for their summer holidays, so many air controllers are needed during this time to avoid delays as much as possible for the thousands of passengers passing through. December can often be more problematic, however, as poor winter weather conditions in much of the West combined with Christmas travelers can often result in delays while planes are de-iced and fog, snow, and rain are attempted to be avoided.

This will be especially relevant in December of 2022 when Qatar hosts the 2022 World Cup and footballers, teams, and fans from across the globe travel to Qatar for the biggest sporting event on the calendar. The main airport is expected to be incredibly busy – even more so than usual, even after serving 7.14 million passengers in the first quarter of this year. But it has been ranked as the world’s best airport, so the air traffic controllers should be well prepared for the huge influx of football fans.