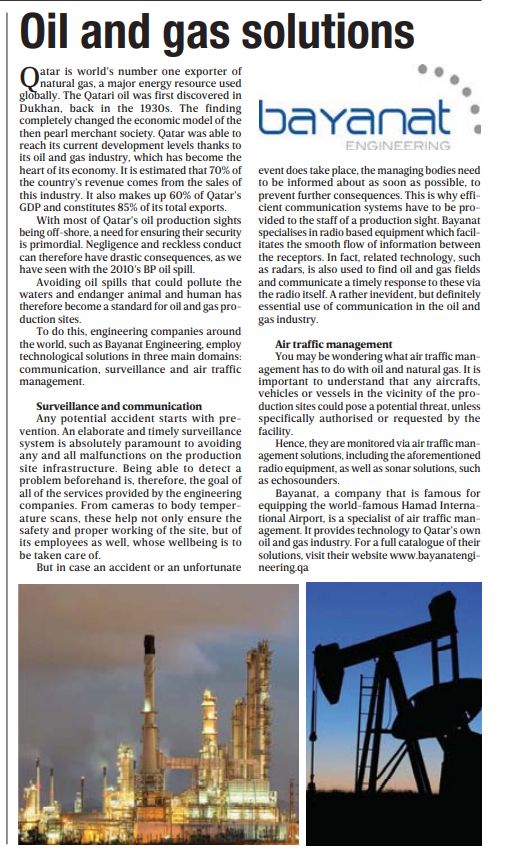 Qatar is world’s number one exporter of natural gas, a major energy resource used globally. The Qatari oil was first discovered in Dukhan, back in the 1930s.

The finding completely changed the economic model of the then pearl merchant society. Qatar was able to reach its current development levels thanks to its oil and gas industry, which has become the heart of its economy. It is estimated that 70% of the country’s revenue comes from the sales of this industry. It also makes up 60% of Qatar’s GDP and constitutes 85% of its total exports.

With most of Qatar’s oil production sights being off-shore, a need for ensuring their security is primordial. Negligence and reckless conduct can therefore have drastic consequences, as we have seen with the 2010’s BP oil spill.

Avoiding oil spills that could pollute the waters and endanger animal and human has therefore become a standard for oil and gas production sites.

To do this, engineering companies around the world, such as Bayanat Engineering, employ technological solutions in three main domains: communication, surveillance and air traffic management.

Any potential accident starts with prevention. An elaborate and timely surveillance system is absolutely paramount to avoiding any and all malfunctions on the production site infrastructure. Being able to detect a problem beforehand is, therefore, the goal of all of the services provided by the engineering companies. From cameras to body temperature scans, these help not only ensure the safety and proper working of the site, but of its employees as well, whose wellbeing is to be taken care of.

But in case an accident or an unfortunate event does take place, the managing bodies need to be informed about as soon as possible, to prevent further consequences. This is why efficient communication systems have to be provided to the staff of a production sight. Bayanat specialises in radio based equipment which facilitates the smooth flow of information between the receptors. In fact, related technology, such as radars, is also used to find oil and gas fields and communicate a timely response to these via the radio itself. A rather inevident, but definitely essential use of communication in the oil and gas industry.

You may be wondering what air traffic management has to do with oil and natural gas. It is important to understand that any aircrafts, vehicles or vessels in the vicinity of the production sites could pose a potential threat, unless specifically authorised or requested by the facility.

Hence, they are monitored via air traffic management solutions, including the aforementioned radio equipment, as well as sonar solutions, such as echosounders.

Bayanat, a company that is famous for equipping the world-famous Hamad International Airport, is a specialist of air traffic management. It provides technology to Qatar’s own oil and gas industry. For a full catalogue of their solutions, visit their website www.bayanatengineering.qa 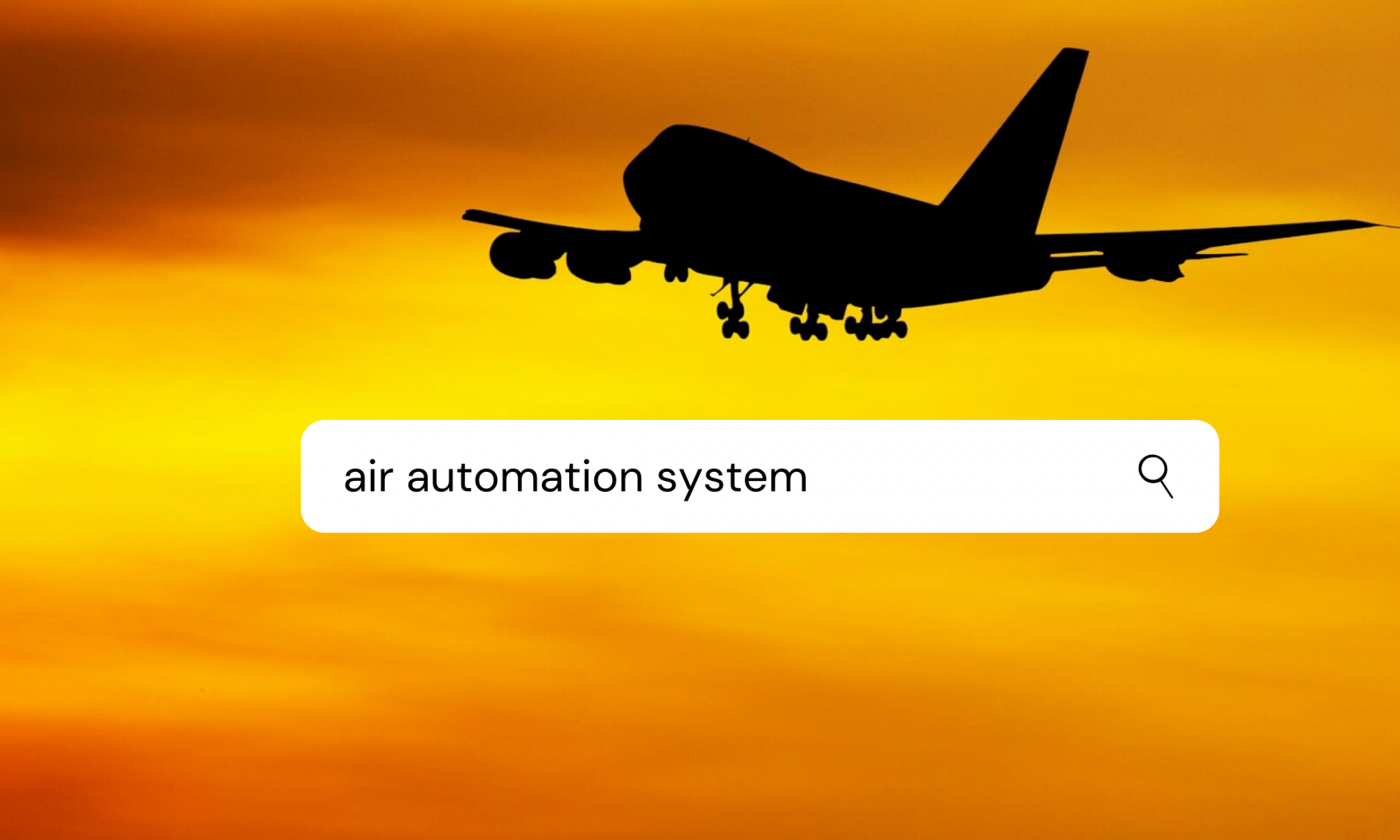 The aviation industry has always been careful about introducing new technology to its processes. Due to the nature of aviation, it is critical that the systems in place are dependable, robust and safe for use. The slightest miscalculation or error could lead to disruption and disaster, which is why the aviation industry is deliberately slow on the uptake of new and emerging technology.

With that said, air automation systems have slowly crept into the aviation industry in Qatar as a way to improve logistics and streamline daily operations. Automation can help complete tasks efficiently and removes a great deal of risk brought about by human error. In this article, we are going to look at what air automation systems have been incorporated into the aviation industry in Qatar, particularly for air traffic control.

The most commonly implemented air automation system in aviation is autopilot functionality. Typically speaking, pilots are expected to perform a multitude of duties while in-air, including the operation, handling and monitoring of aircraft and its control system. They are also responsible for flying from one destination to another.

A pilot’s job can be incredibly exhausting, particularly during longer flights. This fatigue can invite all kinds of human error into the flight, which is why autopilot systems have been embraced with open arms across the aviation industry.

Autopilot systems handle a number of processes mid-flight to make it easier for pilots to control aircraft smoothly and with minimal intervention. These systems operate independently from pilots and control the heading, altitude, pitch and roll of an aircraft. Autopilot systems can even work in tandem with navigation systems to fly a pre-programmed course.

Other innovations include auto-throttle systems that control the thrust generated from aircraft. These systems identify the required parameters for engines and control the power of the engines, including at takeoff.

All of these systems have been implemented into the aviation industry in Qatar as a way to minimise the workload of pilots and reduce fatigue. This lowers the risk of human error and ultimately lessens the risk of crashes and other catastrophes mid-flight.

Air automation systems have also been implemented in flight management systems as a way to automate most in-flight tasks. This includes duties normally covered by pilots and air hosts during a flight. It has also made a huge impact on the work performed by flight engineers and navigators, as it reduces their workload by automating a lot of the work.

Whether it is determining the position of a flight or managing the onboard sensors, automation has empowered flight management systems to be more effective and efficient.

Most of the jobs, such as determining the position of the flight, managing the sensors, and lots more tasks have been automated using FMS. During a flight, pilots can control flight management systems and make adjustments through a control display unit from within the cockpit. This helps pilots work with air automation systems to fine-tune and adjust parameters to ensure a safe flight.

Air automation systems have already shown their worth to the aviation industry in Qatar from a safety standpoint. From removing human error to making the jobs of pilots and air traffic controllers easier, air automation systems do a superb job that is only going to improve over time.

The location could not be found.