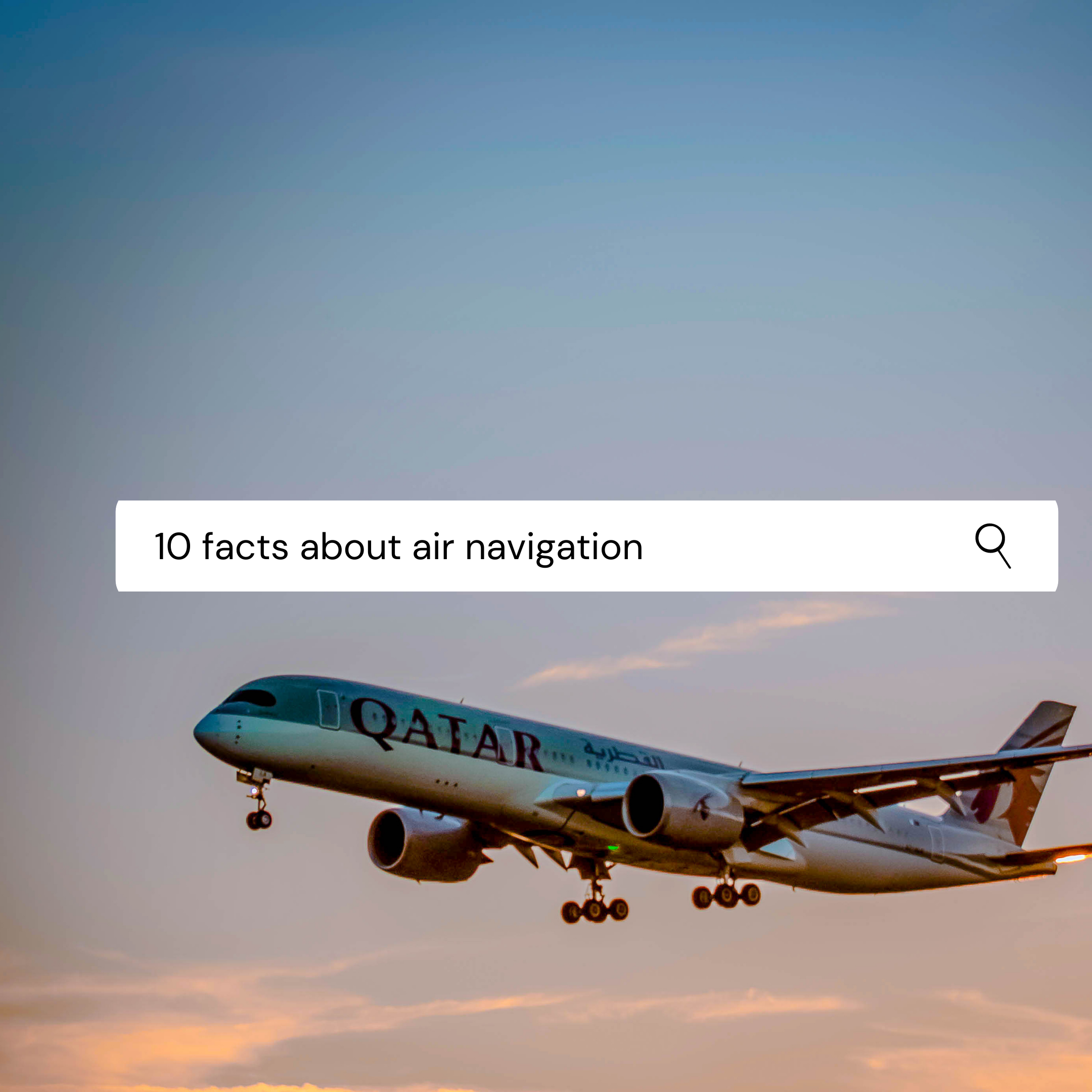 Our mastery of the skies is no small feat, but there is incredible innovation behind every airplane that takes off. From understanding the physics that keeps 90,000 lbs of metal airborne to keeping passengers comfortable while 50,000 feet in the air, there are a lot of incredible things happening aboard a plane. In this article, we’re going to take a look at some of the amazing facts surrounding air navigation.

1. The world’s busiest airport is in Georgia, USA

Air navigation is one of the most commonly used forms of transport in modern times, so it’s no surprise that there is quite a lot of air traffic in the sky. On any given day, there are around 20,000 planes actively operating in the sky.

3. Only 5% of the human population has been on an airplane

Although many developed nations use airplanes as a regular commodity, most of the developing world has never stepped foot on a plane. So, next time you’re sitting in a cramped airplane cabin, count yourself lucky.

4. Air travel is the safest method of transportation

Despite some of the bad press surrounding plane crashes, the statistics show that air travel is by far the safest form of transportation. In 2020, 137 people died as a result of airplane accidents, whereas more than 1.3 million people are estimated to die in car accidents per year.

It may seem like you are cruising at a nice, calm speed while flying, but you’re actually zooming along at 550 mph on average. When flying above the clouds, there is no visual marker to help us know how fast we are going, so it seems slower.

Flights normally break through the cloud line and level out at about 35,000 feet – or seven miles or so.

8. Pilots and co-pilots get different food

Airplane pilots are usually obligated to eat the same multi-course meal found in first-class, whereas co-pilots are given different food items. This is to help safeguard against possible food poisoning.

9. Round airplane windows are essential

Airplane windows used to be square until engineers realized that the square shape compromised the safety of the aircraft by being unable to withstand air pressure. Circular windows can handle much more pressure, so they are standard on all airplanes today.

10. Global air navigation only accounts for 2% of global CO2 emissions

It may seem like airplanes’ guzzle fuel, but they are actually a very fuel-efficient and eco-friendly method of transportation.